The first major update of Fortnite Season 4 has arrived with v14.10 and it makes the biggest change to the map yet.

Instead of adding smaller landmarks around the island, Epic Games pulled out the big guns this time around and added in an entirely new point of interest called Stark Industries and it added a lot to the game.

This spot isn’t just something to visit once and forget about, but it actually takes up a huge chunk of the map and it’ll be very hard to miss once you start up Fortnite.

If you remember the Stark beacons from before this update hit, you’ll know they were surrounding Frenzy Farm, and now the plan has been put into motion.

What’s New About This Location?

Well, this location is ripe with Marvel lore, and if you’re a fan of the comic book universe then you’re going to find a lot to love here.

The location itself feels a bit like the Agency in that it’s a highly contested drop spot, at least currently it is, and it will be filled with NPC enemies that will be looking to take you out.

If you play your cards right, you’ll also be able to defeat Iron Man and come away with a special vault key. 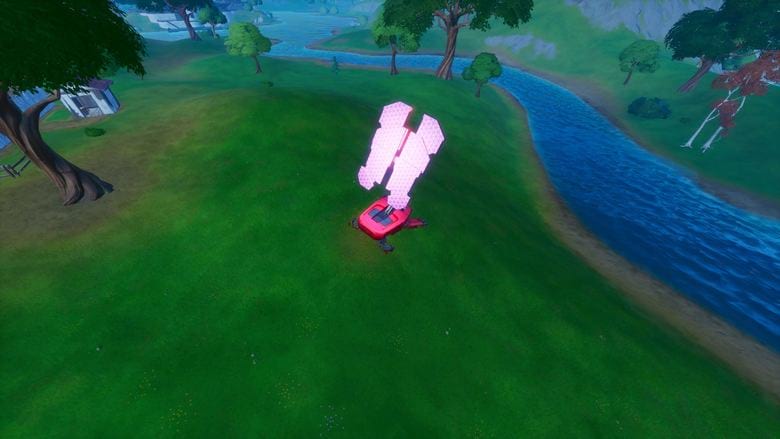 Epic GamesThe next phase has begun.

In many ways, the new Stark Industries location is a lot like Doom’s Domain in that a boss NPC roams around the area, and upon being defeated, they’ll drop two Mythic weapons along with a vault key.

The Unibeam looks like it’ll be able to melt away structures and players alike, while the gauntlets will operate in a similar manner as the Doom ones.

As for the vault key, expect to find a variety of goodies locked away that will now be unlockable using this card. It’s a good reward for winning the location, even if it means half the lobby is eliminated here.

We expect to see drops split between this and Doom’s Domain, which should make it an easier experience for players looking to crack open some vaults now.

READ NEXT: Where to Find Wolverine’s Trophy in Dirty Docks in Fortnite