Wading through the fog of war is a dangerous task all unto itself.

But having to do it while hundreds of bloodthirsty warriors battle for survival is an even more life-threatening endeavor. A3: Still Alive is the latest mobile battle royale craze that’s all about taking your fighter onto various battlefields to eliminate all manner of monsters and rival players. As you emerge victorious during a series of battles, you’ll begin to see the battlefield more clearly and move onto new areas for even more epic clashes. Thanks to the developers behind this new battle royale experience, we have the perfect list of tips for battle-ready beginners.

Here are the top five tips, tricks, and cheats you need to know for A3: Still Alive:

1. Farm Like It’s Nobody’s Business to Increase Your Character and Weapon Levels

• Throughout your time spent in every battle royale match, you will encounter both monsters and other players. To succeed as the last player standing, it’s imperative that you farm other monsters and players to level up both your character and your weapon. Utilizing a character skill that’s classified as an AOE attack or one that has a high DPS rating works great when farming monsters. But don’t spend too much time chasing other players, however. You could end up under-leveled by the time you reach the final showdown in Sector Four. It’s not worth attacking other players until you enter Sectors Two through Four.

2. Make It Your Priority To Farm The Larger Monsters Flagged On The Minimap 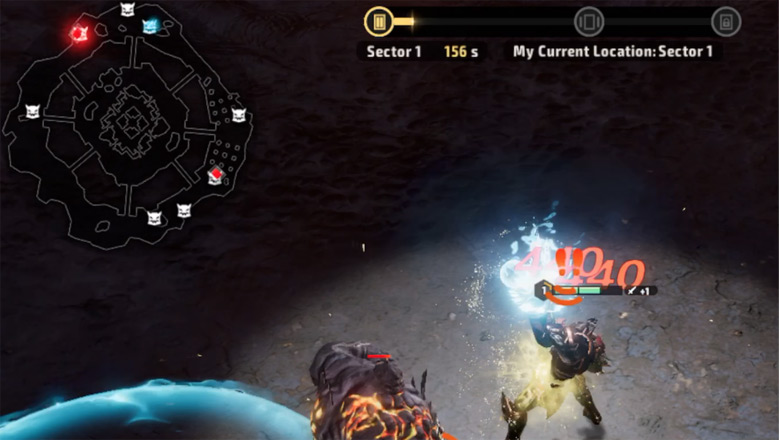 • Monster icons on the minimap signify the location of a high priority target. These types of monsters can be killed for bonus EXP and to permanently increase your Vision on the map. When you’re dropped onto the map, the world initially appears dark. But by defeating these high priority monsters, you can bring some light back into your character’s world.

3. Gear Up With Treasure Chests

• The map within A3: Still Alive includes four Sectors that you will have to traverse through. Once per visit to Sectors One through Three, treasure chests will appear on the map. While monsters do occasionally drop loot, these treasure chests drop much better loot and you should always prioritize opening them. Getting your hands on some purple rated gear from treasure chests happens at a higher rate during the later stages of a match.

4. Always Get to The Next Sector Entrance With Enough Time to Open The Door

5. Take Advantage Of an Inith’s Torch To Stay Alive and Upgrade Your Character As Much As Possible Before Entering Sector 4 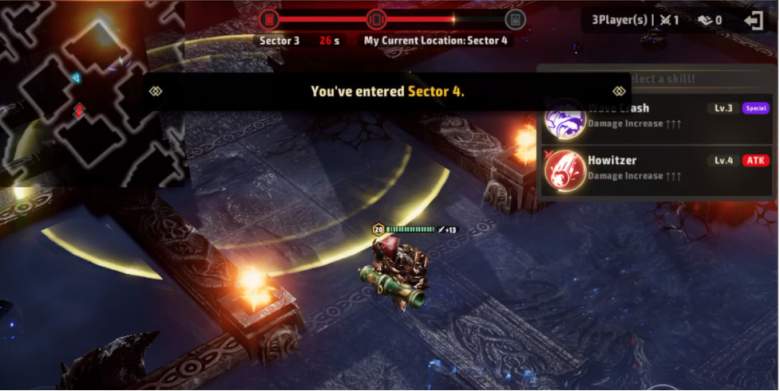 • Exclusively in Sectors Two through Three, you’ll come across Inith’s Torch towers that you can capture. To capture one of these healing towers, run up next to it and hit the Conquer button. After two to three seconds, you’ll capture it unless you get stunned by an incoming attack. Once you capture an Inith’s Torch, it will heal you while you’re standing within its blue aura. Be careful though – other players can steal your tower from you.

• Healing yourself and hopping into a fight between two players is a clutch strategy when you target your attacks at the stronger of the two. If the weaker player’s smart, they’ll continue chipping away at the stronger one as you assist them in bringing them down. Once that formidable warrior is down, feel free to break your temporary alliance and battle it out with the now weakened survivor.

• It’s important to note that once you enter Sector Four, you’ll be unable to leave. Sector Four is a small square where you’ll be forced into a final showdown against all other remaining players. Since there’s no turning back and only one player can be left standing, it’s important that you upgrade your character as much as possible before entering this Sector. Stacking up some Red Potions, utilizing Red Nectar, and obtaining a Resurrection Belt dramatically increases your survival rate within Sector Four.