A review code for Biomutant was provided by the publisher.

Welp, humanity has really done it this time. Due to their unsavory recycling methods, their home planet becomes uninhabitable and forces everyone to take refuge among the stars. Left behind is a wide swath of wildlife that adopts wild transformations that make them even more beastly or adopt human characteristics. You end up taking on the role of a raccoon-like creature that sets out on a grand adventure that entails saving the world from certain doom by restoring the very element that keeps it alive – The Tree of Life. Biomutant’s storyline setup gives you a lofty goal to attain, but it also gives you the freedom to tackle it any way you see fit. That intriguing premise makes way for an engrossing experience that you should definitely go out of your way to partake in.

Biomutant is many things – it mixes in open-world exploration, action RPG battle mechanics & character building, a deep morality system, and a few other elements I won’t spoil here. You’ll take your miniature warrior around a massive world that’s jam-packed with tons of interesting places to go and plenty of loot to scrounge up. The many locales you’ll inhabit present all sorts of different biomes, which does a great job of switching up the scenery when you come upon each one for the very first time. Biomutant’s visuals are simply gorgeous in action – you’ll regularly find yourself stopping in place to slowly take in the latest scene of beauty you’ve come upon. The varied biomes keep things fresh and do a good job of keeping your many adventures from looking and feeling stale. 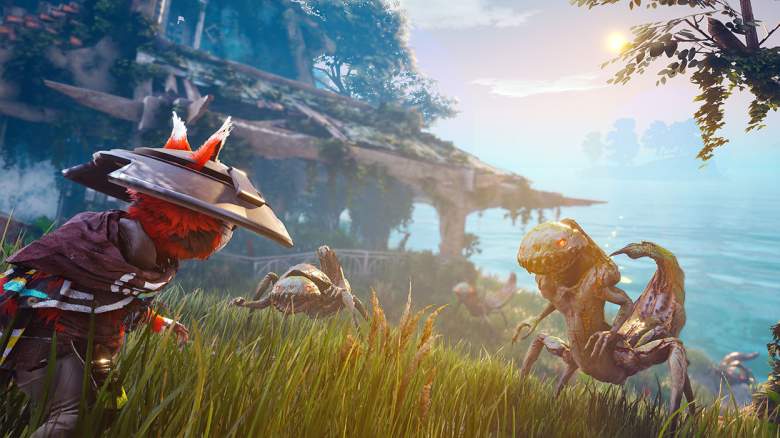 Your role in the future of Biomutant’s decaying planet is massive. And as you make the sort of decisions that ultimately decide its fate, your character will either sway closer to their dark or light side. There’s an abundance of fun side endeavors to engage in that determines your alignment to either side – you can link up with different tribes that abide by their own ideologies, decide the fate of random critters, and select dialogue options that impact your many relationships. There’s so much freedom given to you in that regard – you truly feel as if everything you do plays a part in how things ultimately turn out. And as you make your way through such an epic character-building journey, the game’s classy narrator chimes in with his observations and translates all the animal talk you’ll hear. His voice is most certainly a nice touch. 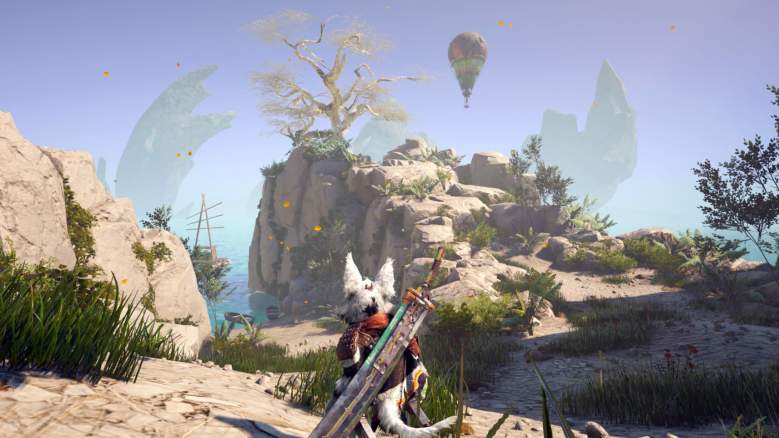 A world as big as the one in Biomutant isn’t friendly at all times obviously. And when you do run into your foes, the game’s fluid combat system comes into play. Your small yet super deadly creature has a ton of tools at its disposal, such as different types of melee weapons, ranged weaponry, and a bevy of elemental abilities. Putting all of those skills and a wealth of other combat options to good use produces one of the other positive aspects within Biomutant. The addition of bullet-time moments makes every battle look all the more exciting as you contend with the many enemies you come across. The game’s battle system becomes even more enthralling during your clashes with the enormous beasts that gnaw at The Tree of Life’s world-healing roots. Every one of those boss battles presents a different method towards defeating them and keeps things fresh as you take them down in succession.

While Biomutant’s combat encounters are filled with some positive aspects, there a few missing elements that hamper it from time to time. The lack of a lock-on option is strange – while you’ll quickly get used to manually moving the camera around and picking off your foes simultaneously, you’ll still lament not being able to keep the camera locked on a single foe. Battles tend to get chaotic, so not being able to focus on one enemy in order to keep everything under control can be stressful at times. Along with that main issue, Biomutant also has its fair share of visual bugs and mechanical glitches. While the game doesn’t have any game-breaking issues to worry about, strange instances such as your character getting stuck on parts of the environment and dead enemies laying dead while floating in midair are hard to ignore. 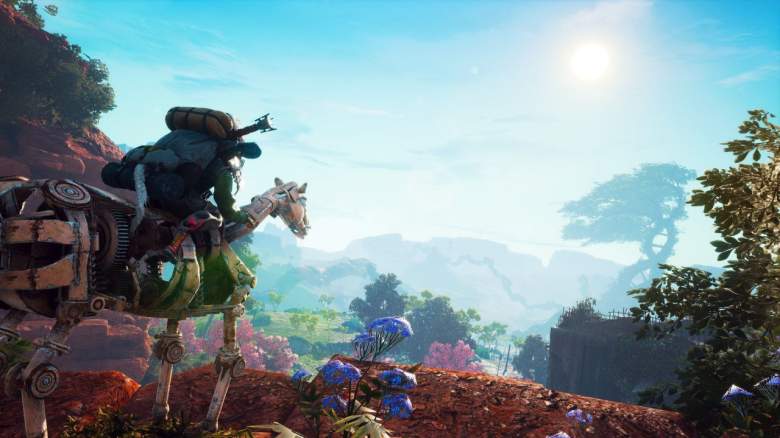 Those issues are definite blemishes, but everything else that Biomutant offers will keep you from complaining for long. The game’s extensive character customization and weapon crafting systems will keep you busy for hours as you construct tools made out of everyday items. Leveling up and pouring development points into every facet of your creature becomes an addictive process. Plus solving a myriad of puzzles, embarking on a wealth of entertaining sidequests, and building up your affinity to different environmental hazards produce even more pillars of positivity for this new IP. Biomutant is one of those rare open-world games that give you a ton of things to do and see but presents it all in a way that doesn’t feel overwhelming. 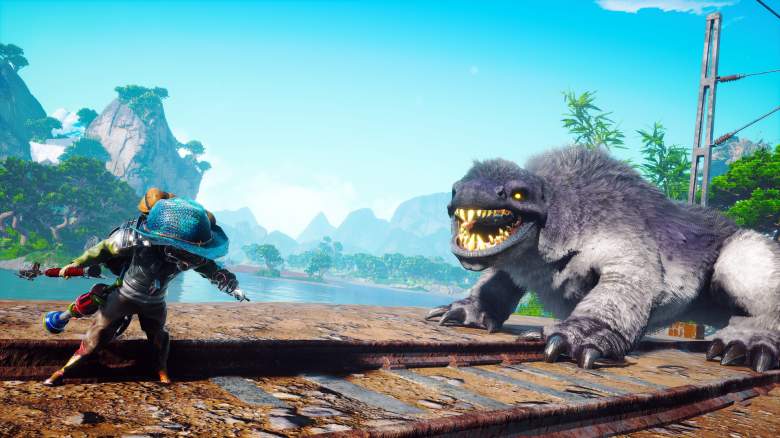 Kudos to Experiment 101. The development studio took their time on making sure this brand new action RPG fulfilled the high expectations many onlookers had going for it during its creative process. The finished product on hand here is worth taking a chance on as it provides players with a compelling adventure that’s awesome from start to finish. The story dives headfirst into real-world environmental issues and challenges your morality at every turn. Engaging in combat treats you to some of the best (and worst) aspects of the game. And its constant introduction of interesting side characters, vehicles, and new combat maneuvers definitely adds to its fun factor. Biomutant is a bit rough around the edges, but it largely succeeds as a fresh action RPG experience that shouldn’t be ignored.