A DiRT 5 review code was provided by the publisher.

All eyes are locked on the opening salvo of games marking the launch of the PS5 and Xbox Series S/X. Franchises that may not have gotten the most mainstream attention are now getting it due to them coming out of the gate first on next-gen hardware. Codemasters’ DiRT racing series has grabbed plenty of headlines lately due to its increased exposure via upcoming Xbox hardware. With a flood of casual and hardcore racing game fans looking forward to DiRT 5 as their first true next-gen experience, Codemasters has gone out of its way to meet the high expectations aimed at it. After spending hours competing in a bevy of international off-/onroad competitions and embracing the amusing zaniness of Playgrounds, it’s safe to say that DiRT 5 is worthy of joining gamers’ next-gen launch day library. 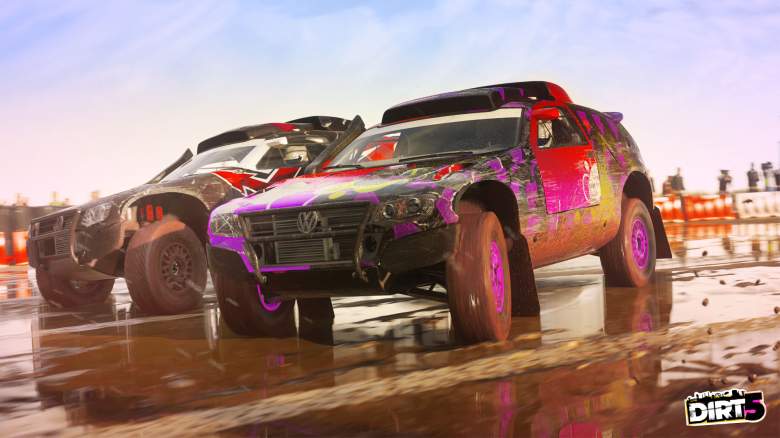 DiRT 5 is a huge departure from its predecessor in terms of its overall theme and career mode structure. The sim-like approach that defined past games in the series had been left behind in favor of the extreme attitude and more arcade-like mechanics of DiRT: Showdown. This sequel embraces a bright and bubbly exterior that can be seen all over the menus, car customization options, and player-created tracks. Seeing the latest mainline DiRT release liven itself up a bit more makes playing it a constant joy. The addition of a more upbeat soundtrack also adds to DiRT 5’s more jovial feel.

The Career Mode featured in this sequel does away with team management systems this time around. All there is to worry about outside of racing is making sure you keep your associated sponsor happy. The game’s bevy of racing challenges is spread out amongst five chapters and allows you to map out your path to racing superstardom. There’s a huge sense of satisfaction that comes from checking off the three objectives tied to each race, coming in first place, nabbing some reward money, and unlocking car decals along the way.

Performing at a high level is mandatory – earning Stamps from your victories gives you the opportunity to compete in chapter closing Main Events and one-on-one Throwdowns. There’s a ton of fun to be had as you compete across 13 different car classes across a long list of international locales. The visuals regularly pop off the screen as you zip across New York’s icy East River and rush past the competition upon the brightly lit deserts of Arizona. Dirt 5 performs well on a graphical level – further evidence of that can be seen during the cool dynamic weather changes that make each race as exciting as the ones before it. 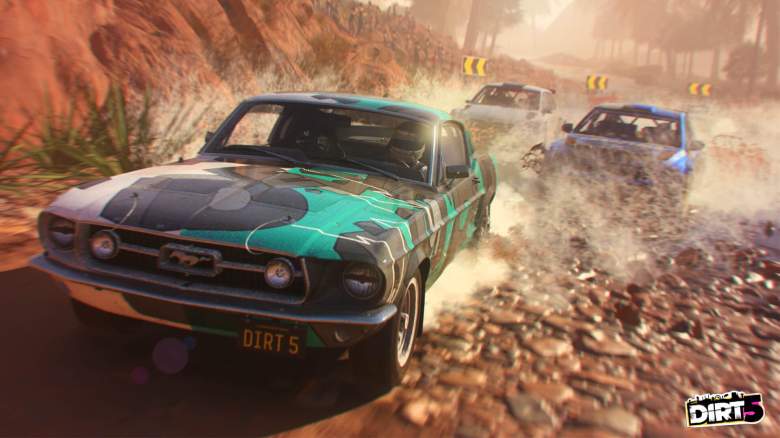 There are two misses that keep DiRT 5’s Career Mode from being a total win, however. The Sprint car class still manages to be the most unruly vehicle to control, which kills all the fun tied to its events. All the different control options in the world don’t do much to make them fully controllable – a slight push on the left analog stick causes them to easily spin out of control and raise your frustration levels to a shockingly high degree. Every other car class event elicited excitement, while I dreaded having to struggle through yet another Sprint event with an unwieldy buggy car. You’re better off ignoring Sprint car challenges if you’re looking to stay in a good mood during your playthrough of DiRT 5.

Another issue is the mode’s reliance on the voices of Troy Baker and Nolan North to add more pizzaz to its proceedings. While the effort from both voice actors is commendable, their presence has no real bearing on your overall progress. Their commentary feels like it was included just to add some star power to DiRT 5, which is something that nobody asked for in the first place. The budget wasted on them should have been put towards the more important aspects of DiRT 5, in my opinion. 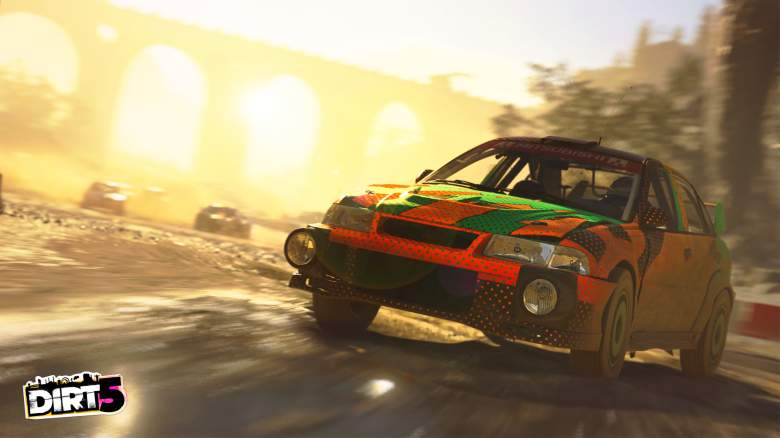 DiRT 5’s replay value is practically through the roof thanks to a four-player local split-screen option and plenty of online competitive modes. Just having the chance to engage in some local multiplayer racing in a modern-day racer is simple yet rewarding joy. Plus the return of fan-favorite party modes makes the online mode suite a highly enjoyable experience. One major new addition to the series makes its grand debut in DiRT 5 – Playgrounds. This custom track editor lets you live out their wildest Gymkhana dreams by creating outlandish courses for the game’s online community. It’s so easy to get sucked up into creating your very own obstacle course and play a never-ending list of insane stages created by other imaginative creators. Playgrounds is a great addition to the DiRT series that I see improving over time as new iterations arrive in the near future.

Codemasters’ decision to up go all-in on an arcadey and hype-inducing feel for DiRT 5 simply works. The game’s colorful exterior, heart-pumping soundtrack, and gorgeous graphical sheen perfectly match the game’s embrace of the more extreme themes of racing. DiRT 5’s Career Mode is an incredibly fun tour around the world that’s filled with several racing disciplines to master.

And thanks to a wealth of local/online multiplayer modes and the creator-friendly Playgrounds mode, DiRT 5 ends up being a quality feature-rich racer for current- and next-gen console owners. My only criticisms of the game come from its supremely unfun Sprint car races and unnecessary use of famous voice actors for its Career Mode. All in all, DiRT 5 excels as an arcade racer that feels like a natural evolution of DiRT 3 and DiRT: Showdown.