The crossovers have been coming almost nonstop in Fortnite Season 5 and we’re already setting our sights on yet another one.

Most recently, we’ve seen Snake Eyes from the G.I. Joe series show up in the game, in a crossover that we imagine not a lot people saw coming.

According to Fortnite leaker Lucas7yoshi, there’s an audio pack in the files that could be our big clue about the next crossover.

seemingly it is the code name for an upcoming skin/set.

so you can kinda guess what it may be pic.twitter.com/vBYKDhxPF3

There is something with the code name of “FrenchFry” which the leaker explains has been used as initials for skins in the past.

For example, “FrenchFry” could actually be the name of a skin with the initials FF. This has led many players to believe it’s Freddy Fazbear from the now-iconic Five Nights at Freddy’s series.

A few weeks ago, we would have sat here and told you there was absolutely no chance of this happening, but at this point, we can’t rule anything out.

Whether or not this will actually be the case remains to be seen, but we’ve definitely seen crazier things happen in Fortnite.

When Could it Happen? 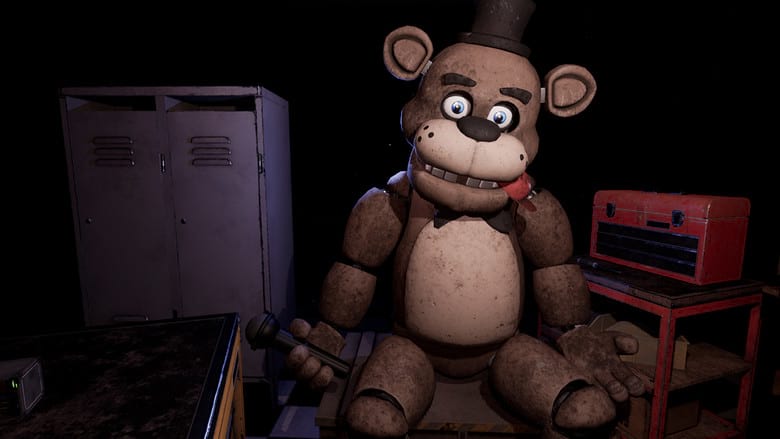 ScottgamesThis wouldn’t even be the weirdest crossover we’ve seen.

It appears that Epic does a good job of keeping the crossover skins hidden as leakers weren’t able to reveal the Terminator or Snake Eyes ahead of time.

With that, it just seems like the developers could introduce a skin whenever they’d like, without the need of having an update.

Coincidentally, there is an expected update this week, so we could be seeing a bit more information if and when the patch drops.

There is a new tease featuring The Mandalorian, so at the very least it’s looking like we’ll be getting some more plot details about the season.

READ NEXT: Leaked Fortnite Weapon Has an Air Strike Feature

Loading more stories
wpDiscuz
0
0
Would love your thoughts, please comment.x
()
x
| Reply
Fortnite players might have cracked the code on the next crossover.