One of the quests for this week of Fortnite requires us to track down a hidden bunker, which is a lot easier said than done.

Considering how vast the world of this game is, it can be tough for anybody to find what they’re looking on this map if they aren’t a hardcore player.

Throughout your journey in Fortnite, you’ve likely come across one of these hidden bunkers, but you just didn’t know what to do with it.

Now, you have to revisit one of them for a quest. Here’s where you can find one so you can knock this quest out fast!

Where to Find Hidden Bunkers 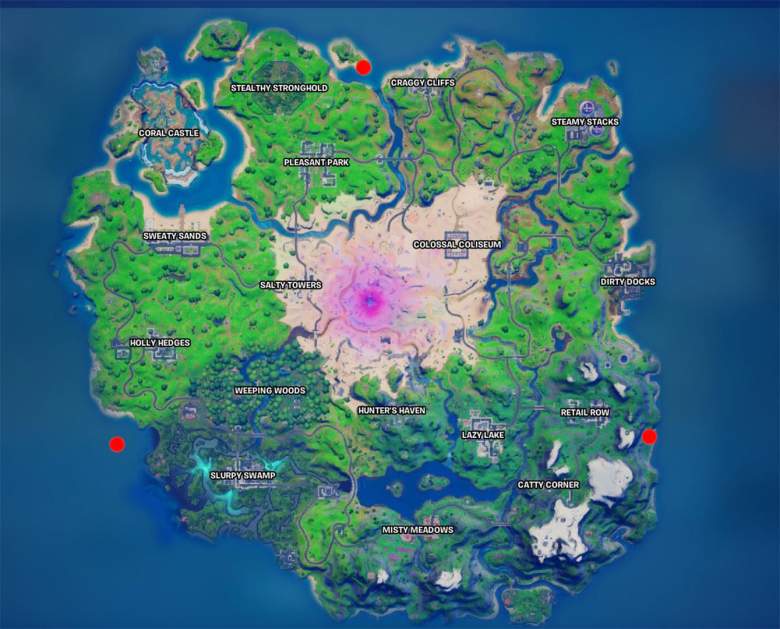 There are several of them to choose from, so feel free to go to whichever one you’d like to first.

Keep in mind that these are going to be hot spots this week since players are all trying to get their challenges done.

If you’re going for complete safety, consider landing at the water one by Slurpy Swamp because it’ll be hard for somebody to have a gun to eliminate you out there.

However, if you’re also looking to win the match, that’ll likely be the one you want to avoid.

Do All Your Challenges!

In previous seasons, you wouldn’t have to stay up to date with your challenges in order to do the new ones, but now you have to in Season 5.

If you fall behind, you’ll have to do all of the old ones first before you’re able to move onto things like finding the Hidden Bunker.

It’s not a huge deal in the grand scheme of things, but it does mean you’ll have to do things in a certain order, which could be a bit annoying.

These latest challenges might be our first steps toward unraveling the greater mystery of Season 5, so we’re excited to get them knocked out so we can move onto the next ones.

Happy hunting out there!

Loading more stories
Here's where to find the hidden bunkers in Fortnite.