At long last, Fortnite Chapter 3 has arrived and with it comes a brand-new map for players to explore, and it also brings the return of a fan-favorite mechanic.

In various spots around the map, there are vaults you can open up that are filled with loot, but instead of needing a keycard, you actually need another player to do it with.

If you’re a solo player primarily, this could be bit of an issue with you, but there’s actually an easy method available if you’re willing to do some quick hunting.

That’s right, you don’t even need another player to open this up even though the little computer explicitly says that you do.

It's possible to open the vaults with a chicken instead of needing another real player!

As it turns out, you can simply grab a chicken to get this vault opened up, at least according to a screenshot posted by ShiinaBR.

Finding a chicken isn’t always the easiest thing in the world, but you’ll find a lot of trouble getting these vaults open in solo matches without teaming, so maybe the chicken is what you need.

This problem isn’t a thing in Duos, Trios or Squads, but if you’re somebody who likes to play by yourself, then this is how you can get it done easily. An alternative method would be to just hang around by the vault and hope that somebody who needs the quest done comes your way.

You could probably also get it done by bringing an NPC to the location with you, so if you’re in a pinch, that could work. Just be prepared to turn on them if they become hostile.

Where to Find Vaults 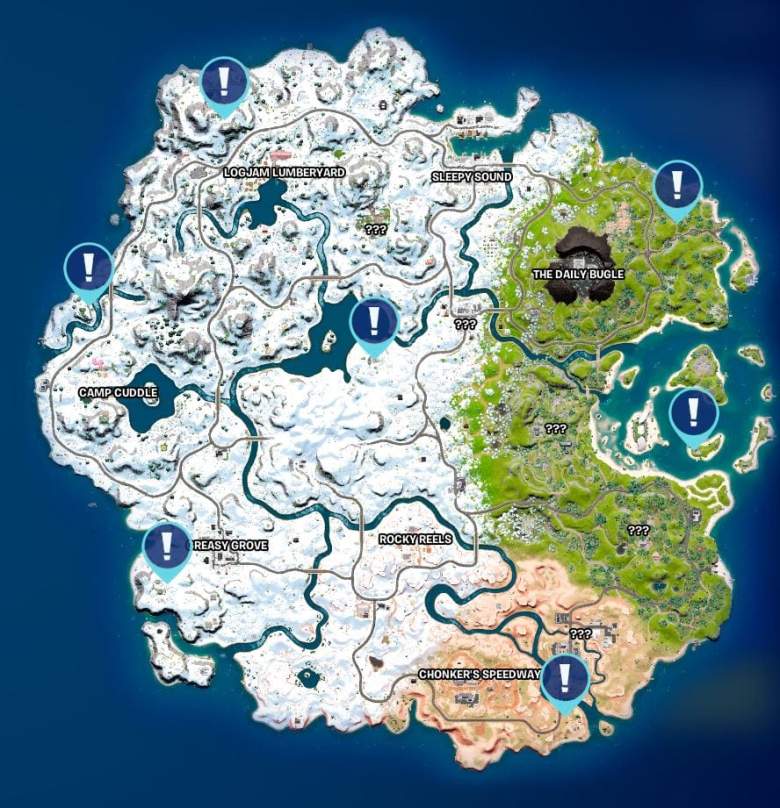 There are seven vaults scattered across the map, presumably to symbolize the members The Seven. We finally got to see The Foundation unmasked as The Rock himself, so it’ll be interesting to see who the others are.

As for the vaults, they are definitely worth cracking open if you’re able to because you’ll get a nice loadout from them that can definitely carry you through the game.

You might get enough loot to gear up a whole squad, but you might as well get one opened if you have the chance to.

On top of these vaults, there’s a whole new weapon pool to explore, including the MK-Seven Assault Rifle that actually has a whole aim-down-sights system in store. Guns like this really show the future Fortnite can have and it’s a fresh take on some of the older weapons in the game.

In fact, every gun feels fun to use just one day in, but the problem will be if they stay that way as we go through the weeks. There was a lot of excitement when Chapter 2 launched, but that season went on forever and it really made a lot of players frustrated with the direction of the game.

For now, everything is fun and these vaults will certainly become contested drop spots as the season goes on, so make sure you bring your best if you don’t want to be sent back to the lobby immediately.