The Primal Shotgun is one of the new weapons of Fortnite Season 6, but ever since its release, many players have felt it has been just way too powerful.

It’s essentially an automatic shotgun that allows players to spray down walls and get into boxes with ease. From there, it’s just a matter of hitting body shots until the enemy is dead, and with the massive clip size, this isn’t too much of a problem.

Epic did already nerf the gun once in the season and while that seemed at first, it didn’t take long to figure out that it was still extremely powerful.

On April 8, Epic dished out another nerf to the gun that slashed damage across the board and also made it take longer to pull out. This might prove to be the killing blow to the controversial Primal Shotgun.

Primal Shotgun Nerf Too Much?

To their credit, Epic Games did let players know the gun had been nerfed, but they didn’t say how severe the changes were. Knowing the damage is reduced is one thing, but how much the numbers were lowered is another thing entirely.

Thanks to Fortnite leaker HYPEX, we have the exact numbers and this nerf is a pretty significant one:

If you found yourself being killed rather fast by this gun before, it will now be a lot easier to deal with.

Remember, a clean shot or two with a Pump Shotgun can take a player out of the game entirely, so the Primal player will need to make sure they are very accurate now or there’s just no way to win the fights.

It will still shoot fast and dish out a lot of damage, but chances are much higher now that you’ll be eliminated before you can hand out the final blow. Now, what does all of this mean for the Primal Shotgun going forward?

Is the Primal Shotgun Still Good? 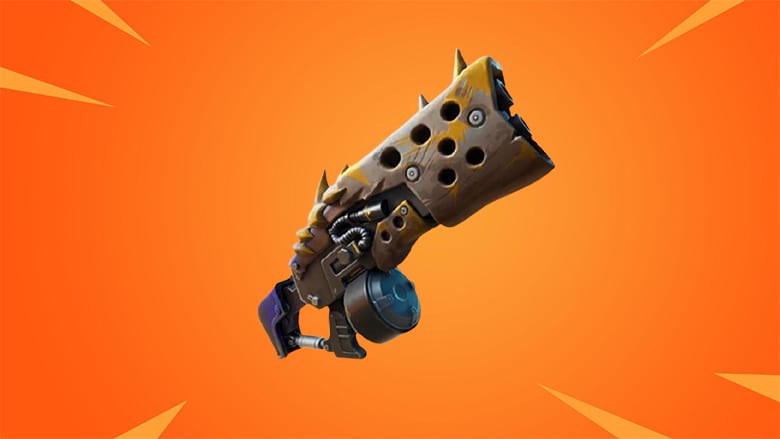 You could still make a case that the Primal Shotgun is worth using, but it’s becoming quite hard to recommend it over the Pump at this point.

This was a gun that the community complained about a lot and that’s what led to these nerfs, but now we are left with a dilemma.

Did Epic Games go too far with these nerfs? It’s tough to say as it hasn’t been very long since the changes so we’re still trying to figure out what the meta is with this gun.

It’s obvious that the day one version of the Primal had to go, but was a second nerf of this magnitude actually needed? We’re sure players will continue to rock this gun and it certainly still has a place in many inventories out there, but we do have to wonder if it’ll still be warranted a few weeks from now.

Only time will tell and we’re sure Epic will continue to look at how this gun performs going forward.

READ NEXT: Every Bug Being Fixed in Fortnite v16.20