Crossovers have been huge in Fortnite Season 5 with characters from all sorts of different franchises coming into the game.

The lore behind it all is that Jonesy is rounding up various characters in an effort to defend against an incoming threat to the island. The only problem is that we don’t actually know what the villain of this season is.

For previous seasons, we knew exactly what the threat was whether it was Galactus or Midas, so this is an interesting change of pace.

Before we actually get to the bottom of it, it appears that Epic still has to bring at least three more characters into the game.

3 More Hunters Have to Come

What are your predictions of the last 3 hunters? Keep in mind that their teasers are: Hand Wraps, Ant Farm & Space Bananas!

With a little under a month left in the season, Fortnite leaker HYPEX notes that there are still three more hunters that have to be recruited.

He says the remaining three teasers are hand wraps, ant farm and space bananas. These teasers come from a list that was sent to content creators at the start of the season.

It’s hard to really narrow down what any of this could mean, and we’ve already gotten our fair share of surprises so far. The crossovers are likely to ramp up pretty fast now that we’re running out of time in the season.

Who Could Be Next? 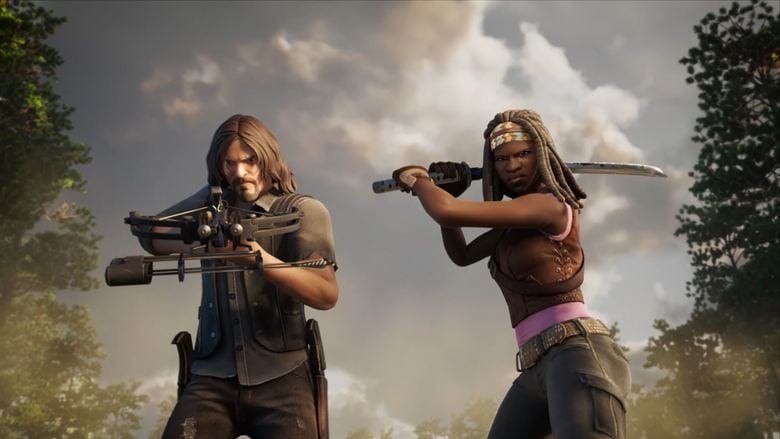 Epic GamesCrossovers have been coming often in Fortnite.

It’s really anybody’s guess as to who could be coming through a Zero Point portal next. For a while, people thought a Five Nights at Freddy’s crossover was in the cards, but that ended up being fruitless as the creator himself put those rumors to rest.

The Flash and Tron are our two latest crossovers, but previous portals haven’t necessarily hinted at what’s coming next.

It might be interesting to note that The Flash and Green Arrow have both arrived this season, so perhaps more characters from DC Comics could make an appearance.

If we get Wonder Woman and Superman, we’ll have a team of Justice League members that could rival all of the Marvel superheroes. Hey, we can dream!

READ NEXT: How to Get Free Cosmetics Watching FNCS Season 5

We still have more crossovers planned for Fortnite Season 5.