It’s been a long season for Jonesy and it looks like he’s ready to jump ship and join our side when Fortnite Season 6 kicks off.

For Jonesy, this became very personal by the end because he felt like he was doing the right thing all season as he rounded up hunters from various universes in an effort to help protect reality and contain the Zero Point.

Now that the crossovers are over, Jonesy is feeling a bit let down by The Order over their perceived lack of concern over the unstable Zero Point.

Since Agent Jones feels unappreciated after finding out he was locked out of restricted files, he is now geared up for war. In a way, he’s been prepping for battle with his new outfit he’s been piecing together the whole season, so we’ll have to see how that plays out.

The conclusion of Season 5 will arrive with the Zero Crisis event where we go into Jonesy’s shoes, and it’s looking like we know how it’ll start now.

We wouldn’t be surprised if the event starts off with Agent Jones tying his tie around his head as we assume control of him. This event will see us playing as him, unlike events in the past where we controller our own characters.

Another departure is the massive live event with jam-packing lobbies. This has been replaced, for this season at least, with a smaller and solo experience.

No matter what time you log into Fortnite Season 6, whether it’s Tuesday or in April, you’ll play through the same event, so there’s no way you can miss it. It also looks like you can experience the event with everyone else too as soon as the YouTube video goes live at 4 a.m. ET on March 16.

How Will All This Play Out? 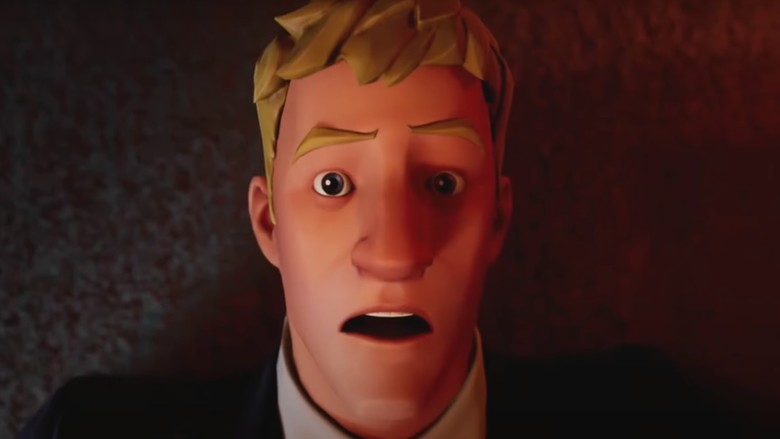 Jonesy has been an integral part of Fortnite ever since the start, but his storyline has picked up significantly over the past couple of seasons.

For example, we only learned very recently that he can talk, and he’s spent this entire season releasing Reality Logs where he details what it was like to collect these hunters from the different universes.

As if that wasn’t enough personality, Jonesy is now prepped for war and this has the potential to change Fortnite forever. We’re not sure how it’ll all turn out yet, but considering everybody has to play through this event, we assume it’s going to be pretty big.

We might be looking at Jonesy in a whole new light after all of this, but outside of him, one has to wonder how the Zero Point will be looking following this massive event.

The hope is that it’ll be contained and the universe will be saved, but there’s no telling how it’ll go now that Jonesy appears to have given up and joined the other side.

Luckily, it’ll just be a few more hours until we find out, so stay tuned! The start of the new season usually comes with many changes, so be prepared for that as well.