To signal the start of the Spring Breakout event in Fortnite, Epic has added a new NPC to the island.

This NPC in question is Webster, who coincidentally can be obtained for free, and he will now appear as a character you can talk to on the island if you’re willing to seek him out.

Like any of the NPCs you can find, they each have voice lines that will perhaps reveal some interesting things about the game. If you’re a fan of the story Epic is telling with Fortnite, a lot of these characters can shed new light on things.

Webster might not be revealing a lot about the Season 6 plot at the moment, but he does have some eye-raising voice lines. Let’s take a look at what he’s saying so far.

Two of his lines are

"You're not one of Kitbash's people, right?"
and
"You didn't see me, I was never here."

Thanks to Fortnite leaker FireMonkey, we know what Webster says without having to actually visit him in-game.

His description states he’s a recent “graduate” from Kitbash’s Home For Mechanic Atrocities, which is interesting in itself.

Kitbash, for those out of the loop, is a character who is made out of a bunch of leftover junk. It appears that he’s been running a shop of sorts that creates characters, and that’s where Webster came from.

It’s some interesting lore to see Webster seemingly escape from this place, and he seems fearful that Kitbash is actually hunting him down.

“You’re not one of Kitbash’s people, right,” and “You didn’t see me, I was never here,” are his two voice lines. These probably don’t mean a whole lot, but it does help add some lore to the island.

Where Does He Spawn? 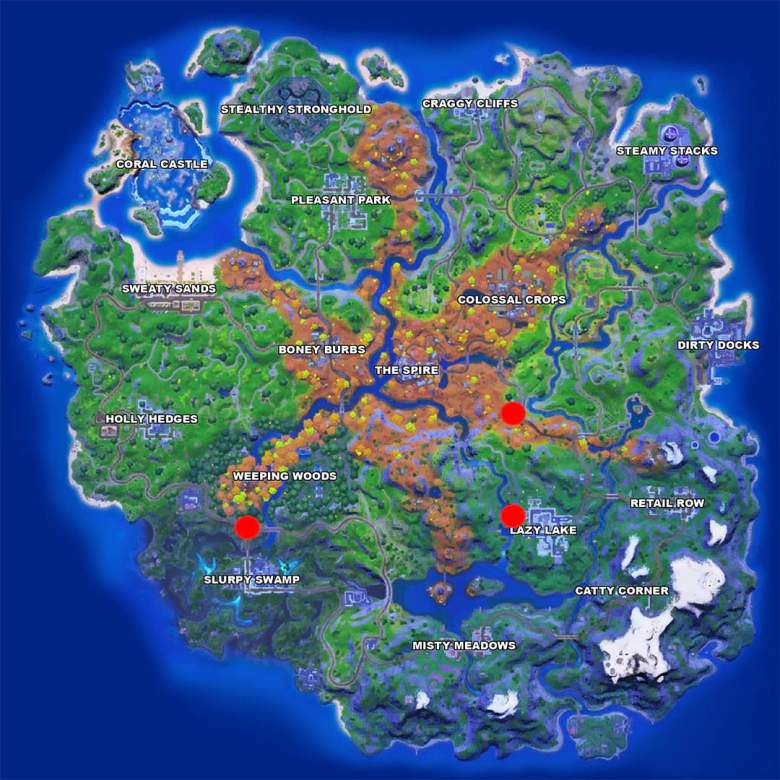 Epic GamesWebster is a few spots.

If you want to see Webster for yourself, you’ll be able to do so by heading over to a few different areas.

The files say he spawns at a gas station, but he tends to wander around and that won’t be his only spawn point. He can be found on the road directly north of Slurpy Swamp, to the west of Lazy Lake, and also to the southeast of The Spire.

There aren’t many reasons to seek him out outside of simply filling up your collections book or to hear these voice lines. There are far more interesting NPCs out there, but since Webster is one of the new ones, he’s definitely worth checking out once or twice.

Maybe try wearing some different skins when you talk to him because we know a lot of NPCs do have specific voice lines depending on what skin you’re wearing.

He’ll likely be sticking around for the remainder of the season, so you have plenty of time to pay him a visit if you’re not able to get to him right away. Maybe he could even end up playing a big role in the season, but chances are pretty good he won’t be doing much.

At the very least, he’s a mechanic duck walking around on the island and who isn’t a fan of that?

READ NEXT: New Fortnite “Stonks” Skin Even More Than Meets the Eye

Loading more stories
Webster has some interesting things to say in Fortnite.