The start of Fortnite Season 8 didn’t bring many map changes for players, at least in terms of named points of interest.

Familiar names like Steamy Stacks, Misty Meadows and Retail Row return, but the cubes scattered all across the map might have new plans for these old POIs.

If you fire up Fortnite right now and take a look at the gold cube, you’ll see it on a collision course with Steamy Stacks, which might not mean anything, but it could also mean everything.

In case you didn’t know, Steamy Stacks runs on Kevolution Energy, which is a funny play on words with Kevin the Cube. Now that Season 8 has brought Kevin back, it makes sense that the cubes are gravitating here.

What does all of this mean for Steamy Stacks? Well, let’s take a look and try to find out.

Got the location of that Awakening ingame and its located just outside of Steamy Stacks.

Will the Golden Cube try to Awaken the Cube Liquid at the Power Plant to form a new Cube? pic.twitter.com/24q8PH8lcL

It feels like we’re long overdue for some changes to the map, and it looks like Steamy Stacks could be getting one any day now.

The gold cube appears to be on a path towards it, and according to Fortnite leaker FortTory, there’s a line in the code involving some sort of awakening at the location.

There’s a big supply of cube energy at this location, so the gold cube might be looking for a way to recharge before it continues its journey toward the center of the map.

It’s looking like Epic is taking the slow and methodical approach for the cubes this season, and that makes a lot of sense considering how early into the season we are.

With the title “Cubed,” it’s expected that situations like this will continue to happen throughout the season, but whether that leads to map changes remains another question entirely.

For the time being, it’s looking like we’re going to have another mini-event to look forward to in the coming days.

Say Goodbye to The Stacks? 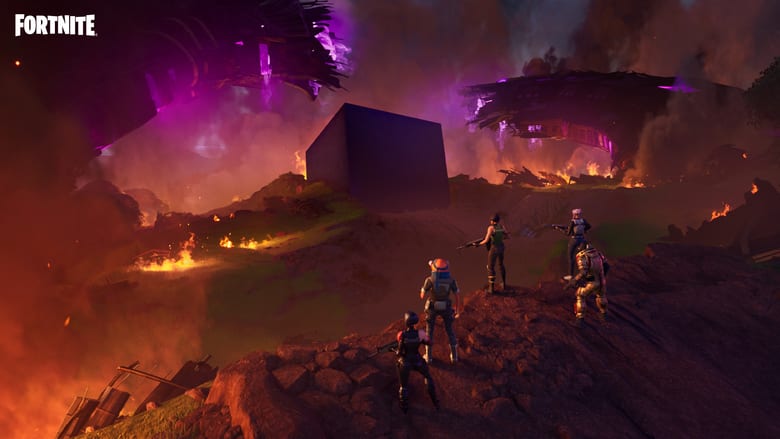 If you’re somebody who frequents Steamy Stacks a lot in your games, then you know first hand about how annoying it can be to fight here.

On the surface, it seems like your typical POI, but then you can jump into one of the stacks and ride a wind tunnel to the top. If you’re rotating in or out of the area, you can just be beamed from the top of the stacks without really being able to fight back.

It’s definitely a struggle for players to be here, so some changes to the area could potentially be good. We know there are many people out there who are just annoyed with how little the map has changed from season to season, so maybe this will be the push the game needs.

Nothing is guaranteed as of yet in terms of changes, but if the cube does eventually make its way there, something has to happen. At the very least, it’ll be fun to follow the cube on its journey because it definitely is leading us somewhere cool.

READ NEXT: Most Popular Skins of Fortnite Season 8 So Far