A Yakuza: Like a Dragon review code was provided by the publisher.

Kazama Kiryu’s legendary run as the frontman for the Yakuza series finally came to an end at the conclusion of The Song of Life. Now developer Ryu Ga Gotoku Studio is moving on with the franchise they know so well by placing a brand new ex-Yakuza member into the spotlight. And with that new main protagonist change comes a host of other gameplay changes that mark a welcome evolution for series regulars. If you consider yourself a curious newcomer who wants to venture into this new vision for the Yakuza series, there’s no better place to start. Yakuza: Like a Dragon is a satisfying amalgamation of the series’ beloved elements and the fresh presence of turn-based RPG combat. 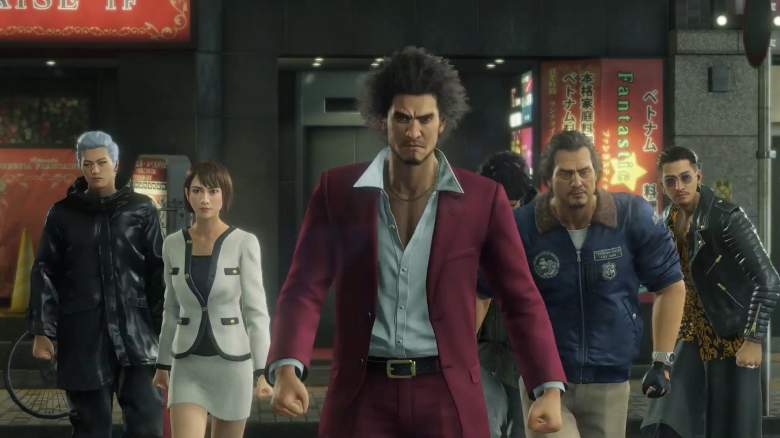 If you’ve spent any amount of time with the Yakuza games, then you’ll be happy to know you’re in store for another bout of incredible storytelling. Your journey begins as an up and coming Tojo Clan member named Ichiban Kasuga. His undying loyalty, penchant for doing good by everyone he meets, and fun-loving personality make him super likable and worthy of being handed the Yakuza series mantle.

After a shocking crime puts Kasuga’s clan boss in jeopardy, he makes the tough decision to endure a painfully long prison sentence due to his leader’s request. But upon his return, Kasuga doesn’t receive the warm welcome from his mentor he originally expected. After meeting a curious detective and confronting his former crime boss, Kasuga learns his services are no longer needed. What follows is a grand tale that delves into gang politics, crooked cops, and the unlikely bond that develops between characters from all walks of life. 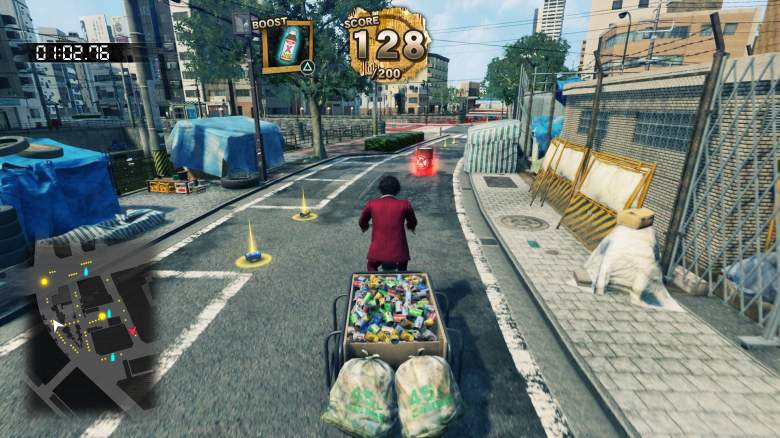 Like the games that came before it, Like a Dragon tells its story through long cutscenes and bouts of lengthy conversations. If that portion of the series’ DNA bothered you before, it will certainly grate on your nerves now. But for those who sat intently while Yakuza’s memorable cast broke down every minute detail about the plot at hand, then you’ll have no issue with how Like a Dragon’s plot unfolds.

Thanks to the game’s engrossing story, it’s easy to get wrapped up in the madness that encompasses Kasuga and his loyal band of friends. Even the game’s long list of side quests offers some material worth caring about thanks to their outlandish intros and outcomes. There are even missions that may start out normally enough and end up devolving into something entirely different by the end of it. The zaniness that the Yakuza games are known for is ramped up here, which is a plus. The theme of “expect the unexpected” is quite fitting for Like a Dragon’s amusing adventure. 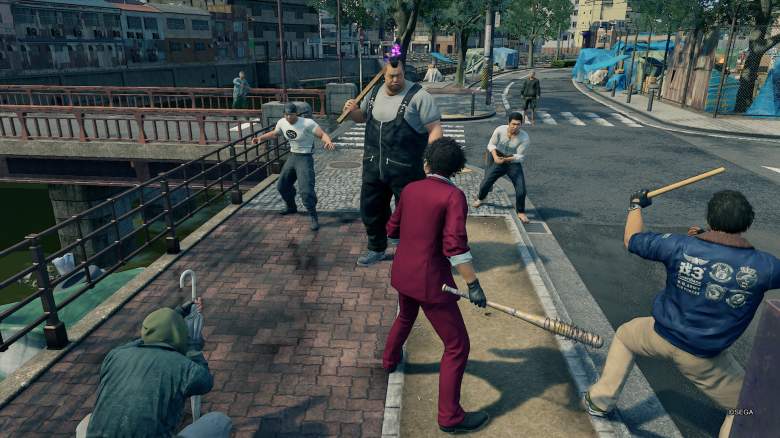 You no longer run into all manner of street scum and hand out your own brand of justice through beat ’em up mechanics. Now your battles are acted out through a brand new turn-based system. While that major change in traditional combat mechanics may sound like a mistake, it’s a lot better than it has any right to be. Each character can pull off a long list of hilarious attacks with everyday objects, which is totally in tune with Kasuga constantly acting out his Dragon Quest dreams. The deep job system provides players with a lot of legroom to work with when it comes to customizing each character. Earning new jobs, crafting/improving your gear, strengthening the bonds between friends, and unlocking the game’s version of summons deepens Like a Dragon’s well-crafted RPG focus.

While enjoyable overall, Like a Dragon’s battle system has a few kinks in its armor. Characters move around on their own, which makes it hard to line up certain attacks that target multiple foes. And whenever you make a move for one of your party members, watching them take their sweet time to make their way over to their targeted enemy from afar is a chore. It’s also quite annoying to watch your selected character get hung up on a wall or other random objects from time to time. And the summon system’s reliance on spending your hard-earned cash to activate them makes them feel like a last-ditch effort instead of a useful component of your battle strategy. Earning lots of money in Like a Dragon is a tough endeavor – the high asking prices for summons tend to get in the way of you saving your cash for more important goods, such as consumables and more powerful gear. 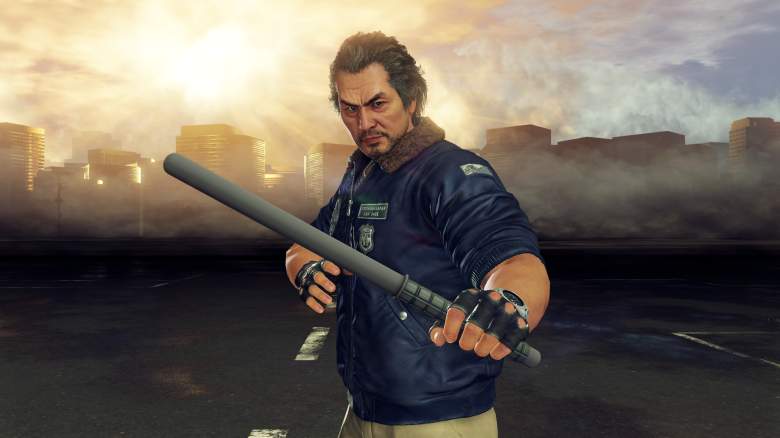 One of the other notable changes for this new installment of Yakuza is the main locale you’ll now be frequenting. Although you get a taste of Kamurocho at first, the majority of your adventure will play out in the nearby port city of Yokohama. This change in scenery is refreshing and plays host to its own brand of beautiful scenery. Yokohama truly comes alive once the sun comes down and its crowded streets feel alive as you take down thugs and get into all sorts of late-night debauchery. The catchy tunes that accompany your storied trek through Yokohama are a simple pleasure, yet they still deserve their accolades. 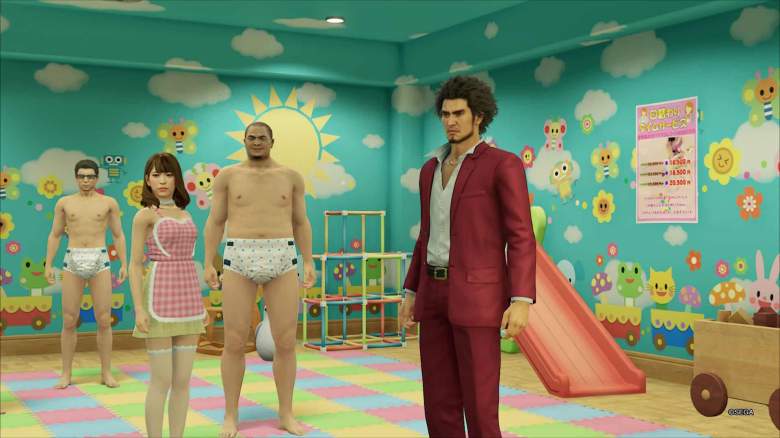 There’s so much to busy yourself within Like A Dragon, which makes it such a joy when you decide to veer off the main storyline path. Series activities regulars, such as the ability to play classic SEGA arcade games, sing some karaoke, feast/drink at restaurants, play some darts, etc. all make their return. But the introduction of kart racing happens to be the most fun of them all. The Mario Kart-like mechanics attached to Dragon Kart competitions is immensely fun and one of the best additions to Yakuza’s long list of side activities. Speaking of side activities, Like a Dragon adopts the random dialog sequences that play out between party members à la the Tales of series. These extra tidbits of backstory are a nice extra piece of character building in addition to the choices that impact Kasuga’s personality traits. Every bit of Like a Dragon’s systems interlock in ways that make every activity integral to your party’s constant progression. 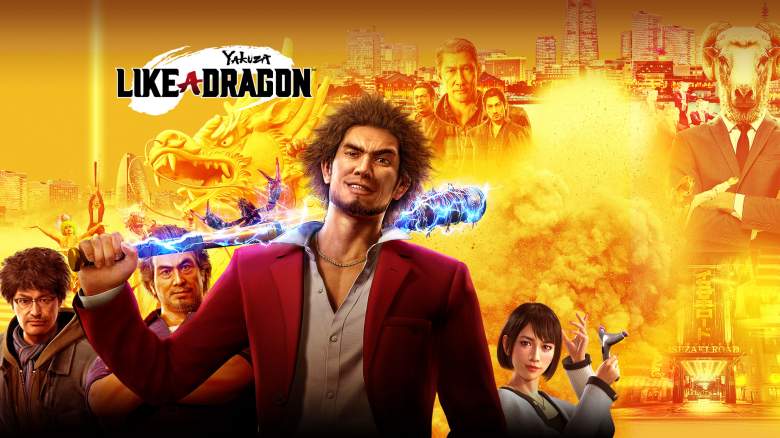 Yakuza: Like a Dragon largely succeeds at moving the series forward in a bold new direction. Kasuga and his band of unlikely heroes are incredibly interesting and make it so easy to care about their crazy antics. The new main locale is massive and plays host to so many compelling things to do. Getting wrapped up in everything Like a Dragon has to offer is worth it and you’ll easily pour 30+ hours into its captivating tale. The turn-based battle system works in parts, but its annoying character placement issues and faulty summons system keep it from being a total victory. Like a Dragon is still worth hopping into if you’re looking for an amazing parody of RPG tropes, however. It’s a Yakuza sequel that signals a bright future ahead for the beloved franchise.