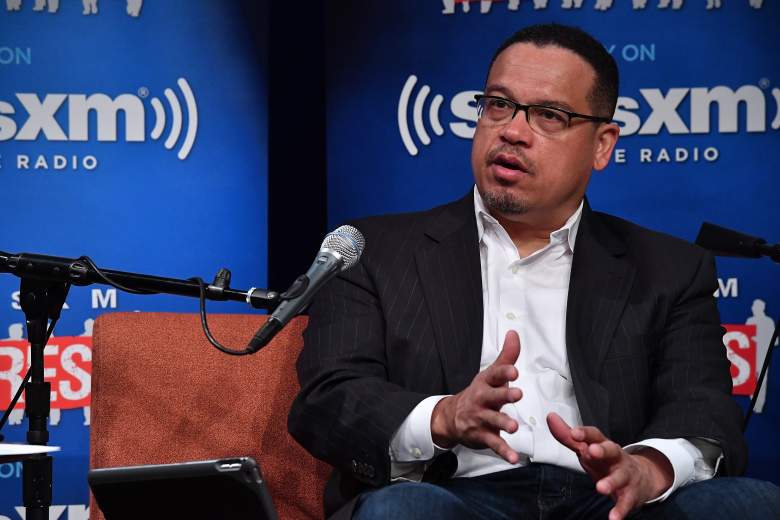 Keith Ellison participates in a discussion during SiriusXM’s The Agenda on April 15, 2016 in Washington, DC. (Getty)

Minnesota Congressman Keith Ellison may become the next chair of the Democratic National Committee.

As Democrats struggle to rebound from a crushing defeat in the 2016 election, a debate is raging within the party over what kind of politician the next DNC chair should be. Many progressive groups have suggested Keith Ellison, and Ellison has now been officially endorsed by Chuck Schumer, Elizabeth Warren and Bernie Sanders. Others have suggested a more moderate and conventional choice like Howard Dean or Jaime Harrison. Martin O’Malley was also in the running until he withdrew from consideration.

Since Ellison’s name came up as a potential DNC chair, some past controversies of his have been raised. Here are some of the complaints you are likely to hear about Keith Ellison as he campaigns for a Democratic National Committee position.

1. As a Student, He Defended Nation of Islam Leader Louis Farrakhan 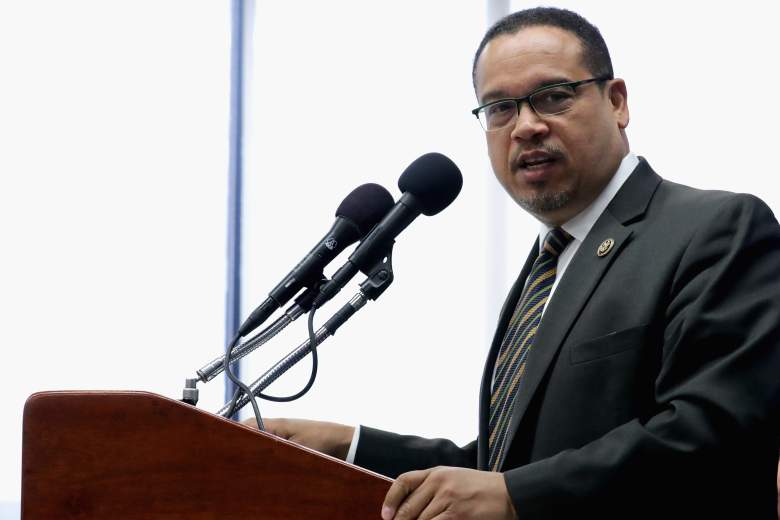 Keith Ellison holds a news conference at the National Press Club in May 2016. (Getty)

Keith Ellison has been criticized for defending Louis Farrakhan of the Nation of Islam when he was in law school.

Farrakhan has been denounced for espousing anti-Semitic ideology during his speeches. In a 1990 address, for example, Farrakhan warned that Jewish people were in control of the federal government.

“The Jews, a small handful, control the movement of this great nation, like a radar controls the movement of a great ship in the waters…the Jews got a stranglehold on the Congress,” he said, according to the Southern Poverty Law Center.

In a Madison Square Garden speech in 1985, Farrakhan also warned Jews that “when [God] puts you in the ovens, you’re there forever,” according to Slate.

While Ellison was a student at the University of Minnesota Law School, he wrote several articles for the Minnesota Daily that defended Farrakhan, saying that he is not anti-Semitic, according to The Washington Post. One of these articles was dug up during Ellison’s 2006 congressional campaign. It was also revealed that Ellison had worked with the Nation of Islam for about 18 months and had helped Farrakhan organize the 1995 Million Man March in Washington.

When this came to light, Ellison immediately repudiated Farrakhan in a letter to the Jewish Community Relations Council in Minneapolis. He said that he did not properly scrutinize Farrakhan’s views at the time.

“They were and are anti-Semitic, and I should have come to that conclusion earlier than I did,” Ellison said in his letter.

2. The Anti-Defamation League Says Comments Ellison Made About Israel Are ‘Deeply Disturbing’ & ‘Disqualifying’ 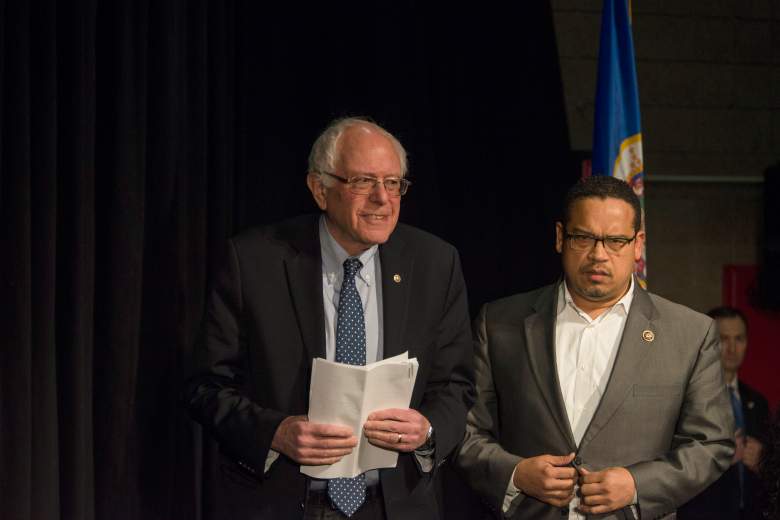 A tape recently surfaced of Keith Ellison speaking to supporters in 2010 and discussing Israel, saying that it doesn’t make sense for the United States’ Middle East foreign policy to revolve around the country.

“The United States foreign policy in the Middle East is governed by what is good or bad through a country of seven million people,” Ellison says on the tape. “A region of 350 million all turns on a country of seven million. Does that make sense? Is that logic? Right? When the Americans who trace their roots back to those 350 million get involved, everything changes. Can I say that again?”

The Anti-Defamation League issued a statement in response saying that Ellison’s comments are disqualifying and that he is promoting anti-Semetic stereotypes.

“His words imply that U.S. foreign policy is based on religiously or national origin-based special interests rather than simply on America’s best interests,” Jonathan A. Greenblatt, CEO of the Anti-Defamation League, said in his statement. “Additionally, whether intentional or not, his words raise the specter of age-old stereotypes about Jewish control of our government, a poisonous myth that may persist in parts of the world where intolerance thrives, but that has no place in open societies like the U.S.”

The statement goes on to say that Ellison’s comments stand in contrast with the DNC position that a strong and secure Israel is vital to the interests of the United States.

Ellison says that the comments were taken out of context and that he has fought anti-Semitism throughout his career.

“My memory is that I was responding to a question about how Americans with roots in the Middle East could engage in the political process in a more effective way,” Ellison says. “My advice was simply to get involved. I believe that Israel and the U.S.-Israel relationship are, and should be, key considerations in shaping U.S. policy in the Middle East. Americans with roots or interests in the region, should be involved in advocacy and discussions of public policy concerning the region. My response was meant to encourage those in attendance to increase their level of involvement and effectiveness.”

In an op-ed recently published in The Washington Post, Ellison writes, ” hroughout my work as a state legislator and member of Congress since 2002, I have worked as hard as I could to build bridges. I’ve worked to combat anti-Semitism and confront Holocaust denial. I’ve organized dozens of meetings to promote interfaith dialogue and joint projects.”

This is not the only time that Ellison has been questioned about his position on Israel. He was also criticized earlier this year when he took a trip to Palestine and pointed out a sign that read, “Caution: This was taken by Israel. You are entering apartheid.”

I saw this as I walked down street in Hebron. While window opens to street, no Palestinian can walk/drive on it pic.twitter.com/nMPsM8jqIT

When Senator Chuck Schumer endorsed Keith Ellison for DNC chair, an article on the conservative website Frontpage Magazine asked, “Why is Senator Schumer in favor of putting an extremist with a history of defending anti-Semitic bigotry who believes that Israel is an Apartheid State in the key position at the DNC?”

“(H)is vile beliefs… ought to disqualify him outright,” he said. “If Chuck Schumer actually did his due diligence and is supporting Ellison anyway, that’s shameful.”

Schumer’s office responded by saying that not only is Congressman Ellison pro-Israel, but he specifically helped to craft the party’s pro-Israel agenda.

“Democrats have an excellent platform, including one of the strongest pro-Israel platforms,” a Schumer spokesperson told CBS New York. “Keith Ellison was instrumental in making that happen and persuading others to support it.” 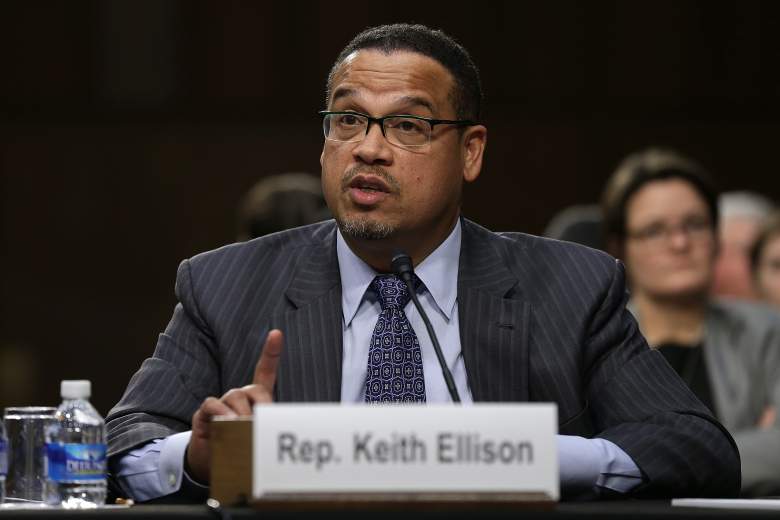 Ellison came under fire in 2007 for comparing the George W. Bush administration’s actions to the actions of the Nazis in 1933. Ellison was speaking about the executive branch amassing too much power, saying that President Bush had violated Americans’ civil liberties after the September 11th terrorist attacks. Although he did not directly call President Bush Hitler, he compared Bush’s administration after 9/11 to when the Nazis used the Reichstag fire as an excuse to let Hitler gain additional powers.

“It’s almost like the Reichstag fire, kind of reminds me of that,” Ellison said. “After the Reichstag was burned, they blamed the Communists for it, and it put the leader [Hitler] of that country in a position where he could basically have authority to do whatever he wanted.”

Some historians theorize that the Nazis were behind the Reichstag fire and that it was a false flag operation, and so certain Republicans took Ellison’s comments as implying that 9/11 was an inside job.

Ellison clarified these comments by saying that he certainly does not believe that the Bush administration was responsible for 9/11. He explained that he was talking about, for example, the PATRIOT Act being passed in the aftermath of September 11th and how the terrorist attack was used as a justification for increased surveillance. Ellison went on to say that he did not intend a direct comparison between the Nazi regime and the Bush administration.

4. He Received Contributions From Members of The Council on American-Islamic Relations 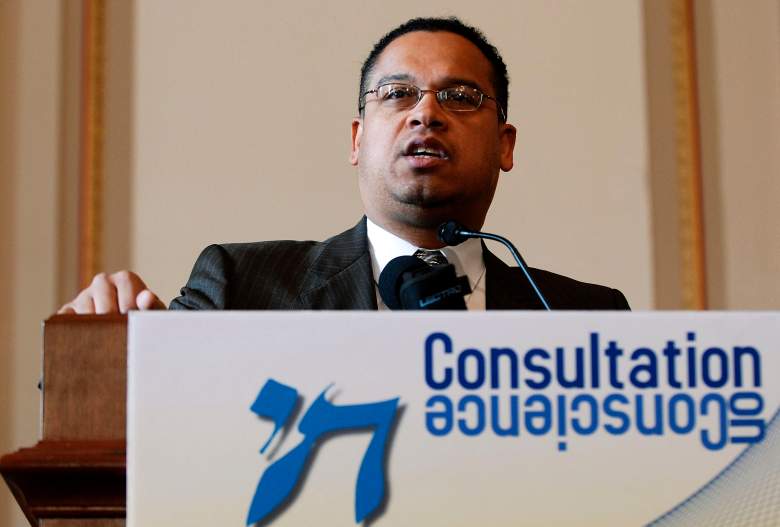 Keith Ellison speaks to the Consultation on Conscience held by the Religious Action Center of Reform Judaism at the Cannon House Office Building in April 2007. (Getty)

Ellison was criticized during the 2006 election for receiving donations from the Council on American-Islamic Relations, an activist group that has been accused of having ties to Hamas. The group was founded by leaders of the Islamic Association for Palestine, an organization affiliated with Hamas, according to the Anti Defamation League. The ADL itself also says that “CAIR’s stated commitment to ‘justice and mutual understanding,’ however, is undermined by its anti-Israel agenda.”

Ellison’s Republican opponent, Alan Fine, raised this as an issue during the 2006 Congressional race.

Ellison said that he was being supported by two individuals – one of whom he went to law school with – not by the Council on American-Islamic Relations itself. He also said that he publicly disclosed the contributions and was making no attempt to hide them from the public.

5. He Was Criticized for Being Sworn in on a Qur’an, Not a Bible 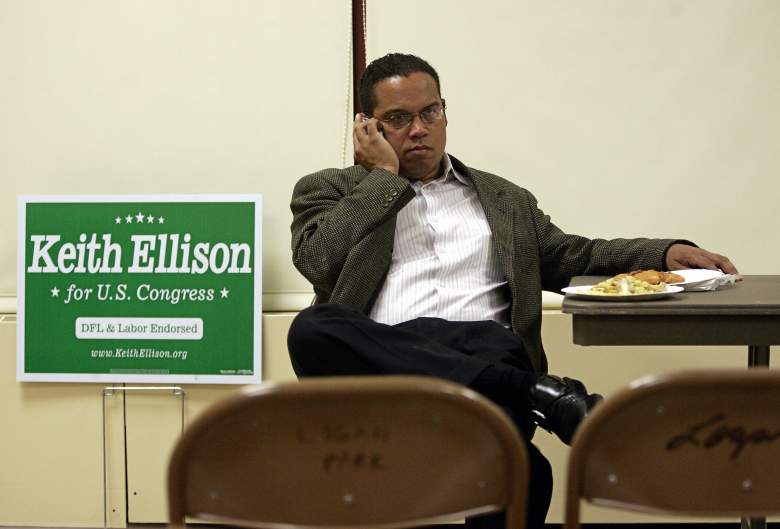 Keith Ellison during his Congressional campaign in October 2006. (Getty)

Keith Ellison was the first Muslim to ever serve in Congress, and so unfortunately, he has also been at the center of some controversies that were mainly just the result of Islamophobia. For example, upon being elected, Ellison said that he intended to use a a Qur’an rather than a Bible during his swearing in. This immediately sparked outrage, and conservative commentator Dennis Prager wrote a column saying that Ellison using a Qur’an during the ceremony “undermines American civilization.”

Prager wrote, “Forgive me, but America should not give a hoot what Keith Ellison’s favorite book is. Insofar as a member of Congress taking an oath to serve America and uphold its values is concerned, America is interested in only one book, the Bible. If you are incapable of taking an oath on that book, don’t serve in Congress.”

Republican Congressman Virgil Goode also criticized Ellison’s desire to use a Qur’an. Goode sent out a letter to hundreds of voters warning that Muslims like Ellison were posing a threat to American values. Goode said that people need to wake up, otherwise there will “likely be many more Muslims elected to office and demanding the use of the Koran.”

“I fear that in the next century we will have many more Muslims in the United States if we do not adopt the strict immigration policies that I believe are necessary to preserve the values and beliefs traditional to the United States of America and to prevent our resources from being swamped,” Goode wrote.

In the end, Ellison was sworn in on a Qur’an that was once owned by Thomas Jefferson.

“It demonstrates that from the very beginning of our country, we had people who were visionary, who were religiously tolerant, who believed that knowledge and wisdom could be gleaned from any number of sources, including the Quran,” Ellison told the Associated Press at the time.

Loading more stories
wpDiscuz
13
0
Would love your thoughts, please comment.x
()
x
| Reply
With Keith Ellison emerging as the potential next chair of the Democratic National Committee, some pas controversies of his have been raised by opponents.