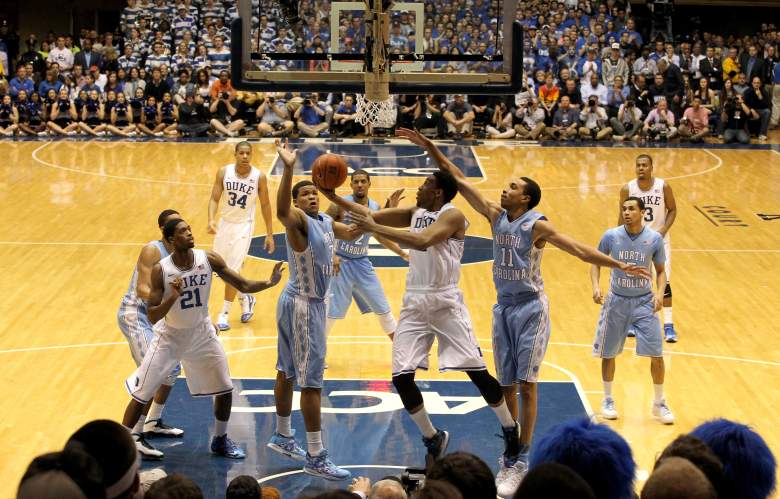 The first meeting between the teams this season is at Duke’s Cameron Indoor Stadium. But as we’ve seen so many times in this historic rivalry, when the Blue Devils and Tar Heels step on the court, anything can happen.

The ACC Network will also show the game, featuring Tim Brando on play-by-play and Dan Bonner with the color commentary.

Duke vs North Carolina | 2014 ACC Basketball HighlightsThe latest chapter of the Duke – UNC rivalry brought us yet another classic. As seen on ACC Postgame Live, UNC great JR Reid joins host Jeff Fischel to break down the game. The Tar Heels came back in the 2nd half to defeat the Blue Devils 74-66 at the Dean Dome. Marcus Paige carried…2014-02-21T06:13:38.000Z

Read More
Basketball, College Basketball, Duke, ESPN, North Carolina, TV, Watch ESPN
No. 4 Duke and No. 15 North Carolina renew their rivalry Wednesday as they get set to tangle at Cameron Indoor Stadium. Find out how to watch online and mobile here.