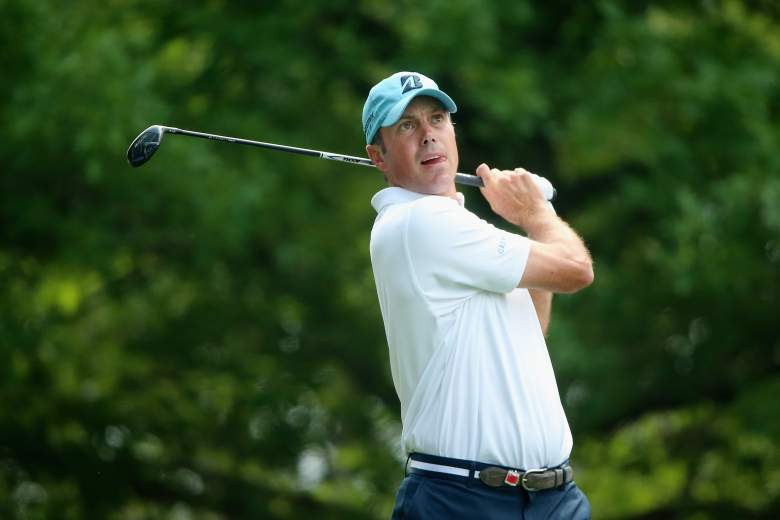 It’s not often you see the Masters champion commit to the next week’s tournament.

But that’s what Jordan Spieth did.

And his DraftKings price tag of $12,500 is pretty reasonable. But I didn’t go for the green. I took out my 7-iron instead and played it safe, leaving him off my roster for the RBC Heritage at Hilton Head, South Carolina.

We just don’t know how he’ll play after the emotional Masters tournament and the hectic few days that followed. Did he sleep? Did he touch a club? Will he have focus? I don’t know.

But the field is plentiful and I found 6 players who should make some noise.

I hope Spieth doesn’t make me regret this.

Kuchar won this event last year and is a cut-making machine. He isn’t playing his best at the moment, but he’s around every weekend and that’s what you want. A return to Harbour Town should give Kuchar a needed spark.

Donald is not at the top of his game, so why choose him? History, mostly. Price tag is another reason. But back to history. Donald has 4 top-3 finishes at the Heritage in the past 5 years. That’s ridiculous. This course suits his style, so I’m expecting a bounceback for Luke.

Simpson is getting his game in form. The last time at Harbour Links he lost in a playoff in 2013 and then has 2 other top 15 finishes. Good price, good bet to have an impact come Sunday.

Streelman is another guy coming into form, getting a T12 at the Masters. He finished T3 in 2013 and T17 in 2012 in the Heritage and brings an attractive price tag. A win isn’t likely in the cards, but Streelman will be around all weekend.

Choi didn’t play in the Masters and has let his game slip a bit, but he also has made the weekend in each of the past 2 years at the Heritage. He’s probably the riskiest pick in my lineup, but I feel comfortable he’ll tee it up all 4 rounds.

Martin was born in South Carolina and went to Clemson, so he’ll want to put on a good showing for his state-mates. He missed the cut at the Masters, but finished 5th before that in the Arnold Palmer Invitational. We’ll take a repeat performance from last year’s event when he finished T3.