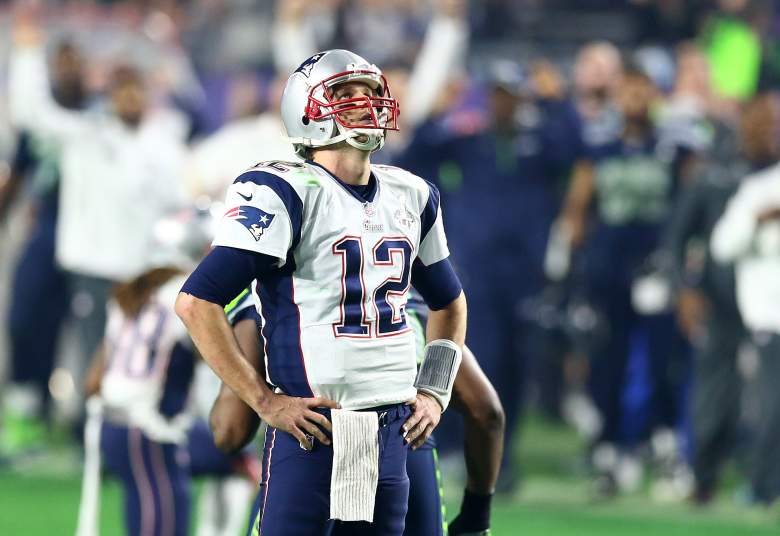 Patriots quarterback Tom Brady has been suspended for the first 4 games of the 2015 NFL season. (Getty)

It’s never too soon to look to the NFL season.

And when the sportsbooks released their prop bets for team win totals for the 2015 NFL regular seaason, the Green Bay Packers, Indianapolis Colts and the 2014 NFC Champion Seattle Seahawks came in on top with an Over/Under of 11 victories each.

The Seahawks and Pack won 12 games apiece a season ago, while Colts had 11 Ws.

The New England Patriots, who recently were informed quarterback Tom Brady was suspended for his role in DeflateGate, were next in line at 10.5. The Patriots won 12 regular season games last season and then went on to win the Super Bowl.

The Jacksonville Jaguars, Oakland Raiders and Tennessee Titans are at the bottom with an Over/Under of 5.5 wins.

Keep reading to get the Over/Under win totals for every NFL team:

Read More
Football, NFL, Sports Betting
The sportsbooks have released their Over/Under team win totals for the 2015 NFL regular season. The Colts, Packers and Seahawks lead the way with 11 Ws each.