Floyd Mayweather Jr. successfully defended his WBA and WBC world welterweight titles, and his unblemished record on Saturday by outpointing Manny Pacquiao at the MGM Grand Arena in Las Vegas.

Click here for a wrap up of the fight.

Watch the full fight here, and tell us how you would score it: 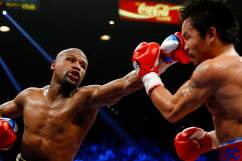 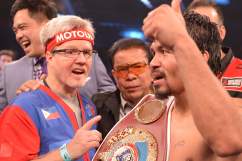