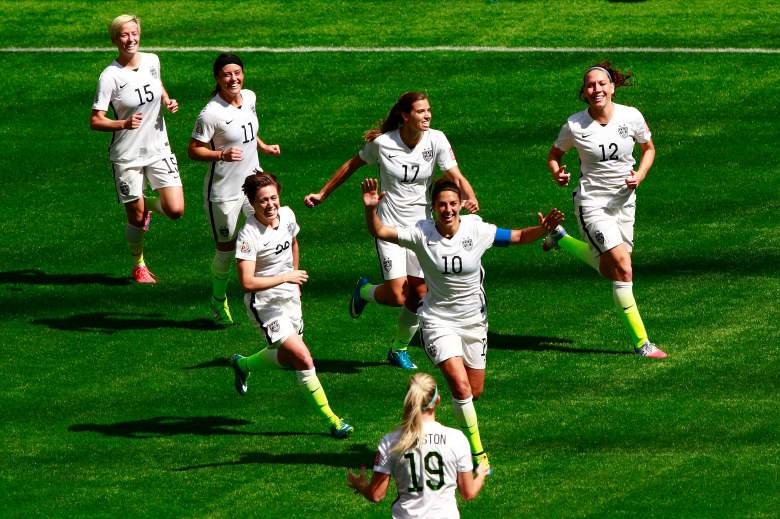 VANCOUVER, BC – JULY 05: Carli Lloyd #10 of the United States celebrates with teammates after scoring her second goal against Japan in the FIFA Women’s World Cup Canada 2015 Final at BC Place Stadium on July 5, 2015 in Vancouver, Canada. (Photo by Jeff Vinnick/Getty Images)

Just get out of Carli Lloyd’s way.

The U.S. standout scored her historic third goal of the World Cup final in the 16th minute of play, becoming the fastest player in tournament history to net a hat trick. Japan had not allowed four total goals during the Cup prior to the finals. Take a look at Lloyd’s latest offensive attack: