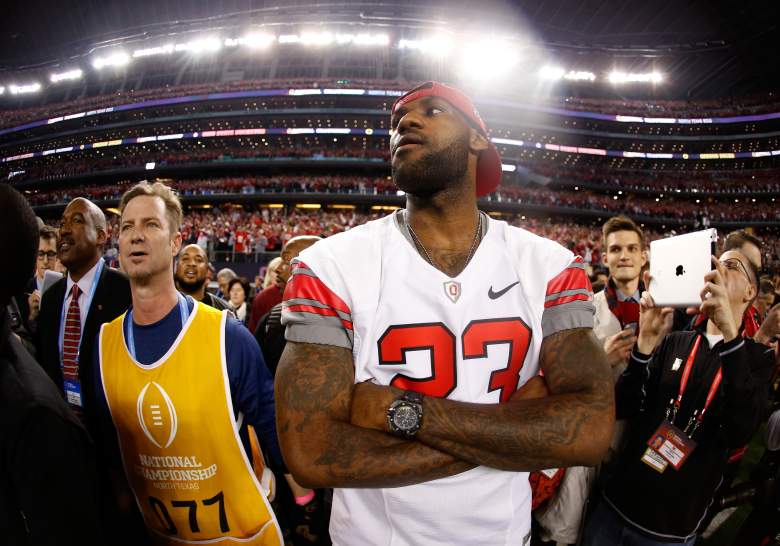 Not only did the nation take notice of Braxton Miller’s debut at wide receiver against Virginia Tech, but Buckeyes fan Lebron James was also impressed. James was on hand last season at Ohio Stadium to see the Hokies shock the Buckeyes at home. It is no surprise King James was excited to see Ohio State return the favor at Lane Stadium in Virginia.

He sent out a series of tweets early on in the game:

The fact Braxton at WR is so dope!! Well u can play him anywhere on offense. #GoBucks

Right side of that D sleep out there man!

Long game though. They'll be fine.

Things escalated quickly for Miller with this epic spin move that won the internet:


Miller capped off the spin move and touchdown with a nod to Lebron’s “silencer” celebration:

James responded with this tweet to Miller referencing the Ohio State player as his “lil’ bro”:

I see you lil bro @BraxtonMiller5!!! Hit em with "The Silencer"

Miller entered last season as Ohio State’s starting quarterback but injured his shoulder right before the season began. The injury sidelined him for the entire season.

He was expected to be part of a three-man quarterback competition with J.T. Barrett and Cardale Jones. According to Sports Illustrated, he began preparing himself to play wide receiver over the offseason in case his shoulder did not allow him to pass the ball at full strength. The move was made official in July.

Miller put the college football world on notice that he is going to be a dynamic playmaker for the Buckeyes. He had both a receiving and rushing touchdown against Virginia Tech. Miller had two receptions for 78 yards and 6 rushes for 62 yards. He was used as a receiver and also took caries as a running back. This does not even factor in if Ohio State starts using him on certain plays at quarterback.

Heading into the season, he was listed as 13th on OddsShark’s list of Heisman candidates at +3300. Games like his game against Virginia Tech will help his odds continue to go up.

If Miller and the Buckeyes continue to play like they did in the opening game, expect plenty more tweets from Lebron. 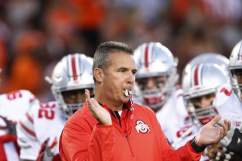