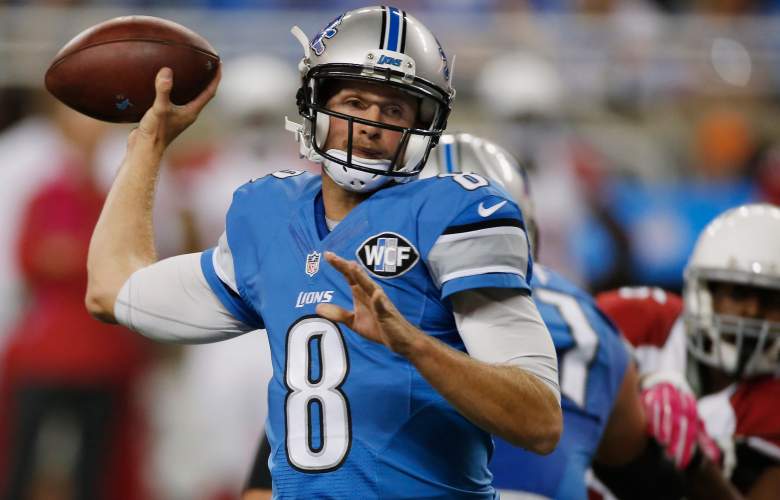 It has gotten so bad in Detroit that Dan Orlovsky appeared for a benched Matthew Stafford last weekend. (Getty)

Left for dead two weeks ago at 0-3, the Chicago Bears have kept their season alive with two stunning last-30-second victories and now have a chance to get back to .500 when they visit the 0-5 Detroit Lions at Ford Field on Sunday.

Bears quarterback Jay Cutler threw a touchdown pass to Matt Forte very late against the Chiefs last week to cap a comeback from 17-6 down with less than five minutes to play.

The Lions have had no such luck in close games, and were blown out a week ago at home against the Cardinals. Making matters worse, starting quarterback Matthew Stafford was benched as the team committed five turnovers.

Detroit has won the last four meetings between the two teams.

Detroit is 5-0 ATS in its last 5 games when playing at home against Chicago.

The total has gone OVER in 18 of Chicago’s last 25 games on the road.

The total has gone OVER in 5 of Detroit’s last 6 games when playing at home against Chicago.

The total has gone UNDER in 18 of Detroit’s last 25 games.

Read More
Chicago Bears, Detroit Lions, Football, NFL
The winless lions are favorites at home against the Bears, who have won two straight.