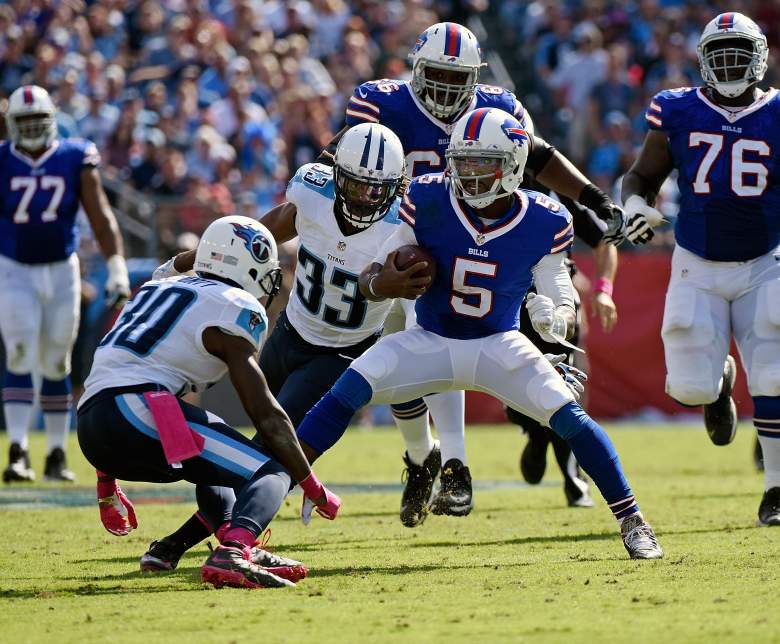 Tyrod Taylor is holding up his end of the bargain for the Bills through five games. (Getty)

All of the stories about Andy Dalton choking in another big game were all ready to be filed when the Cincinnati Bengals trailed 24-7 in the fourth quarter at home against the Seahawks. The Bengals were done, they were auditioning for another early playoff exit, etc. All of a sudden, Dalton went into beast mode, rallied his team and the Bengals are now 5-0.

Up next for the Bengals is a short trip to Buffalo to take on the 3-2 Bills, who secured a comeback win of their own last week against the Titans, Though not as dramatic, the Bills needed some magic from Tyrod Taylor to overcome a slow offensive performance without the services of top two running backs LeSean McCoy and Karlos Williams.

The Bills have dominated the series recently, winning 10 of the last 12 meetings. The Bengals have won the last two matchups, though.

Cincinnati is 1-6 ATS in its last 7 games when playing on the road against Buffalo.

The total has gone OVER in 5 of Buffalo’s last 5 games when playing Cincinnati.

The total has gone OVER in 4 of Cincinnati’s last 5 games.

The total has gone UNDER in 7 of Buffalo’s last 8 games at home.

The total has gone UNDER in 10 of Buffalo’s last 13 games.

Read More
Buffalo Bills, Cincinnati Bengals, Football, NFL
The undefeated Bengals face their next test in Buffalo against the Bills on Sunday.