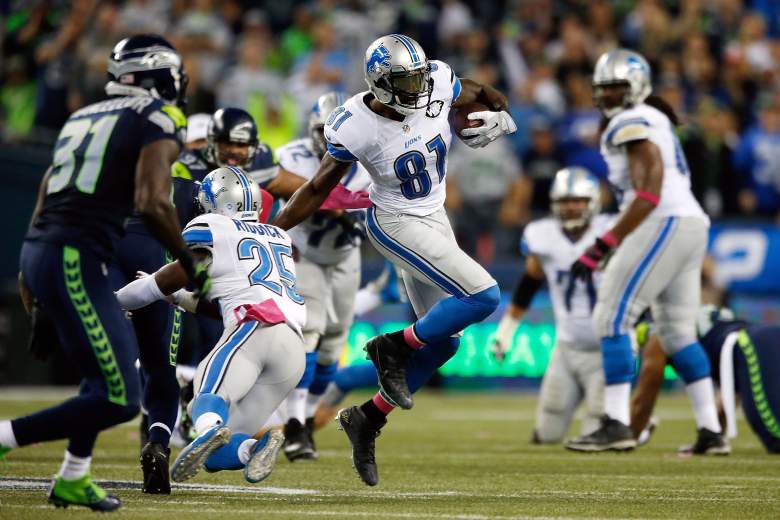 Calvin Johnson was perhaps inches away from giving the Lions their first win of 2015. (Getty)

The Arizona Cardinals had their perfect start to the season ruined at home last week against St. Louis, but are eager to bounce back with a tricky road game in Detroit against the 0-4 Lions.

Despite the disparity in records, the Cardinals are listed as just 2.5 point favorites against the Lions at sportsbooks monitored by OddsShark.com.

The Cardinals clobbered the Bears and 49ers in addition to a Week 1 win over the Saints. Those teams are a combined 3-9, and the 24-22 loss against the Rams last week was likely the toughest opponent Arizona has had to date.

Arizona took advantage of the soft spot in its schedule and are near the top of every statistical category on both sides of the ball. Carson Palmer has particularly flourished, throwing for 10 touchdowns and three interceptions at the quarter pole.

Detroit is winless after making the playoffs a year ago but has faced a much more difficult schedule. The Lions have lost to the Broncos and the Seahawks the last two weeks, and was very competitive in both. Of course many believe the Seahawks game on Monday night should have resulted in a win.

The Lions lead the all-time series 32-27-5, but the Cardinals have won the last six matchups.

Read More
Arizona Cardinals, Detroit Lions, Football, NFL
The Cardinals are narrow favorites on the road in Detroit against the Lions on Sunday.