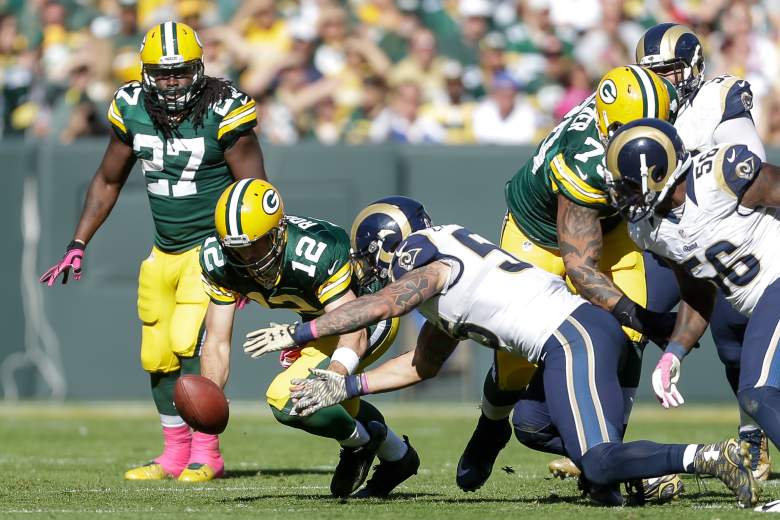 Aaron Rodgers (L) threw a pair of interceptions and fumbled, but still led the Packers to a 5-0 record with a win vs. St. Louis. (Getty)

The Super Bowl favorite Green Bay Packers are cruising right along and will look to move to 6-0 when the San Diego Chargers visit Lambeau Field.

As has been the case the last several weeks, the Packers relied on their defense to remain undefeated. They beat the Rams 24-10 last weekend by forcing four turnovers and completely shut down Nick Foles.

The Chargers play the Steelers Monday night at home and must travel across the country to try to upset the Packers. This is the third time the Chargers are leaving the west coast time zone and flopped in losses to the Vikings and Bengals the first two times.

Green Bay is 5-0 ATS and SU in its last 5 games when playing San Diego.

The total has gone OVER in 8 of Green Bay’s last 12 games at home.

The total has gone UNDER in 9 of San Diego’s last 13 games on the road.

Read More
Football, Green Bay Packers, NFL, San Diego Chargers
The Packers are once again big home favorites, this time for a visit from the Chargers on Sunday.