Chelsea have been having a nightmare domestic campaign, but are still alive in the Champions League. They can extend their run with a draw today against Porto, the same club that put Jose Mourinho in the national spotlight. Normally a draw at Stamford would be a breeze for the current English champions, but Chelsea’s struggles have provided no guarantees this season.

Chelsea can advance from Group G with just a draw against Porto tonight, but the Portuguese need a win to secure their position in the Round of 16. Behind the two teams in the standings are Dynamo Kiev, who are two points behind both teams but face Maccabi Tel Aviv at home. With a bit of luck, Chelsea could still qualify with a loss today.

The Blues should be welcoming John Terry back to the lineup, which should provide a big boost in the middle. Terry had missed the team’s two previous BPL matches, including a 0-1 loss to Bournemouth.

Despite the run of poor results, Mourinho has been promised his job is secure by Roman Abramovich, even if Chelsea fails to advance. 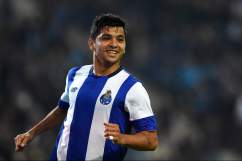 How to Watch Chelsea vs. Porto Live Stream Online