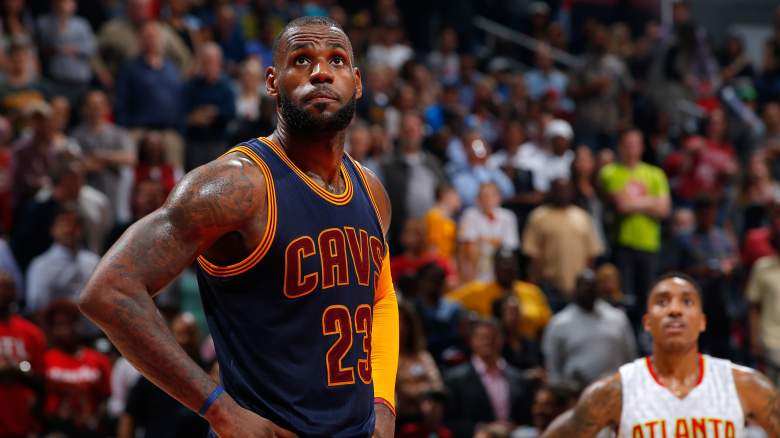 LeBron James and the Cleveland Cavaliers are primed for a title run and it all gets started today. (Getty)

LeBron James has never lost a series in the opening round of the NBA playoffs.

And he doesn’t plan on starting now. James and the Cleveland Cavaliers host the Detroit Pistons on Sunday afternoon in the opening round of the postseason and while the group isn’t taking anything for granted, they are also aren’t lacking in confidence.

Of course, it also helps that heading into this postseason, the Cavs have Kevin Love and Kyrie Irving on the court. Sure, LeBron is one of the greatest basketball players to ever suit up, but also helps when he’s surrounded by talent.

Tip-off for Game 1 of the opening series is slated for 3:00 p.m. ET and is being broadcast nationally on ABC. Not going to be near a TV when things get underway? That’s totally cool. Read on for all your best live stream options:

Watch Pistons vs. Cavaliers on Mobile or Other Devices

Read More
Basketball, NBA
LeBron's social media has gone dark and that means just one thing; it's playoff time. Here's how to catch the Cavs series opener against Detroit, even without a TV.