Leicester have failed to win for the first time since March 1st, and that gives a glimmer of hope to Tottenham fans. Spurs are the only real threat to the Foxes’ miracle title run, and a win today over Stoke City would see the club close the gap to five points with four games remaining. This matchup has proved to be feisty in the past, with seven red cards in seven Premier League games between these teams at Britannia Stadium. The Potters have only ever beaten Tottenham five times in the Premier League, and they had at least a man advantage in four of them.

Kickoff is scheduled for 3:00 p.m. ET, and it will be streaming on NBC Sports and Sky Sports 1. If you can’t get to a TV, here’s a complete roundup of the available live stream options: 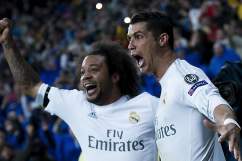