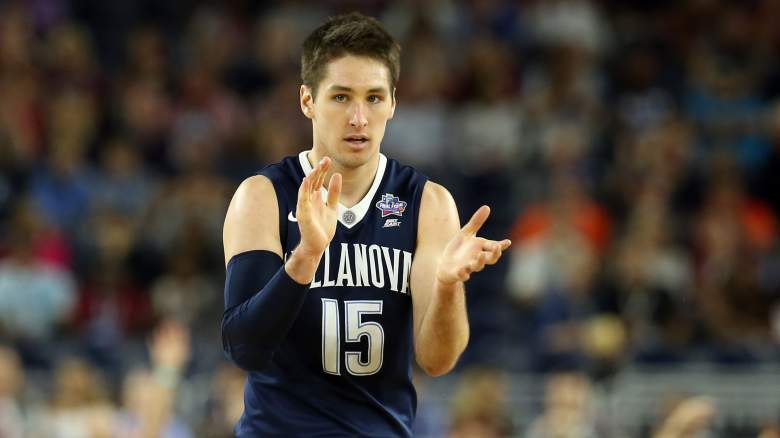 Ryan Arcidiacono and Villanova will play for the national championship on Monday night. (Getty)

It’ll be Villanova vs. North Carolina in the national championship.

The Wildcats avenged an early-season blowout loss at the hands of Oklahoma with the biggest win in Final Four history on Saturday night, dominating the Sooners en route to a stunning 95-51 win and a spot in the national championship.

North Carolina’s win over Syracuse wasn’t nearly as convincing, but it was still a pretty dominant effort, as they notched their fifth double-digit victory in a row.

Here’s an early look ahead to Monday night’s showdown:

Just when we think Villanova can’t look any better, they go and do that. Sports Illustrated’s Brian Hamilton summed up the Wildcats’ trouncing of Oklahoma:

‘Nova ended up with 1.57 points per possession on a silly 71.4 percent shooting (second in Final Four history behind only the ’85 Villanova team), and it’s still not even clear if they were more impressive on offense or defense. On the other side of the court, they frustrated star Buddy Hield to nine points on 4-of-12 shooting, forced 17 turnovers and held one of the best three-point-shooting teams in the country to 6-of-27 from beyond the arc.

The Wildcats have been a strong offensive team for much of the season, and now they’re locked in on the other end, as well. Coming off one of the most dominant, complete performances in Final Four history, they are a scary opponent.

But so are the Heels. They’ve more or less dominated each of their five tournament games, and as we saw Saturday vs. Syracuse, their size and strength in the frontcourt makes them incredibly difficult to beat, even when they aren’t shooting the ball efficiently.

Carolina dominates the offensive glass, while ‘Nova, which often plays four guards around Daniel Ochefu, is merely an average defensive rebounding squad. As such, the ‘Cats are likely going to have to shoot well from the outside, but that’s not exactly a tall task with the way they’ve been playing.

Either way, both teams are playing at an amazingly high level right now, and this is about as good of a national championship matchup as anyone could have hoped for. Is it Monday yet? 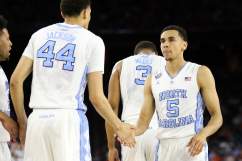