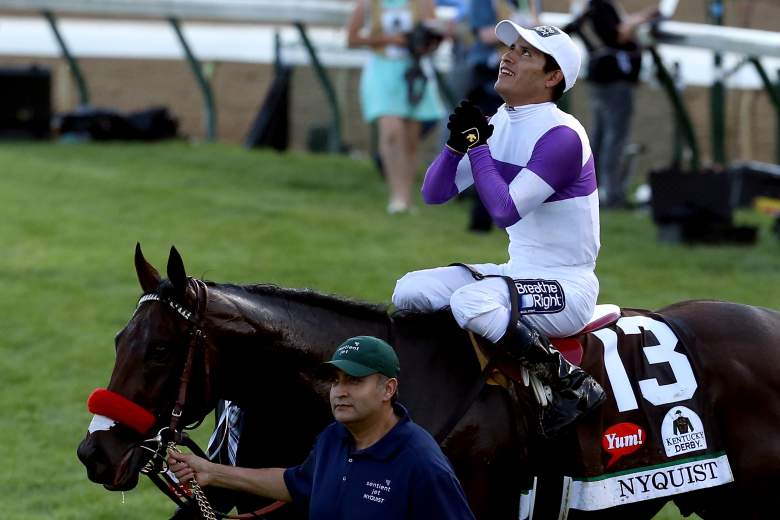 Nyquist had an impressive win at Churchill Downs. (Getty)

Editor’s note: The odds below are courtesy of Heavy’s partners at OddsShark. Click here for more horse racing odds and betting info at OddsShark.com.

Nyquist’s impressive Kentucky Derby win have many wondering whether the horse can follow in American Pharoah’s footsteps. The Kentucky Derby victory is just one step in a long road for Nyquist to have a chance at winning the Triple Crown.

He would need a victory at the Preakness to have a chance of completing the final leg at the Belmont. A victory in Baltimore would greatly increase his odds to win the Triple Crown.

If Nyquist was able to win the Triple Crown, it would be the first time horses have won back-to-back Triple Crowns since 1977-78. Seattle Slew and Affirmed were the last duo to accomplish the rare feat.

Nyquist enters the Preakness a perfect 8-0. It would not be unthinkable for Nyquist to make history given the way he has looked in races.

He established himself at the Florida Derby with a dominant victory over Mohaymen on his home track. Mohaymen entered the race as the favorite. He followed that race up with an even better performance at Churchill Downs.