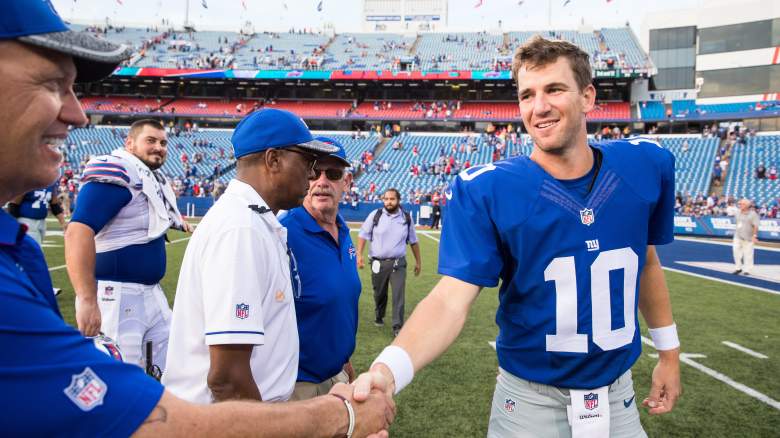 It’s a battle for New York on Saturday night, as the Giants and Jets meet for their preseason “dress rehearsal.”

Perhaps the biggest story, besides the fact that most starters will likely play into the third quarter, is the return of Victor Cruz. The once explosive wide receiver, who has seen his last two seasons cut short due to knee and calf injuries, will make his 2016 debut after missing the first two weeks with a groin issue.

“You can’t write it any better than this,” said Cruz, who tallied 145 yards and three touchdowns vs. the Jets as an undrafted rookie during the 2010 preseason. “This is the way my career has gone. It’s the way my professional career has gone. The Jets preseason game has always been some type of landmark situation for me, so here we go again.”

On the other side of the ball, former Chicago Bears star running back Matt Forte is expected to make his Jets debut after battling a hamstring injury for much of the summer.

Live Stream: Those who aren’t inside the Jets or Giants markets can watch via NFL Game Pass. You can click here for more live stream information

The Giants and Jets do battle in a preseason dress rehearsal Saturday night. Find out when and where to watch the game.