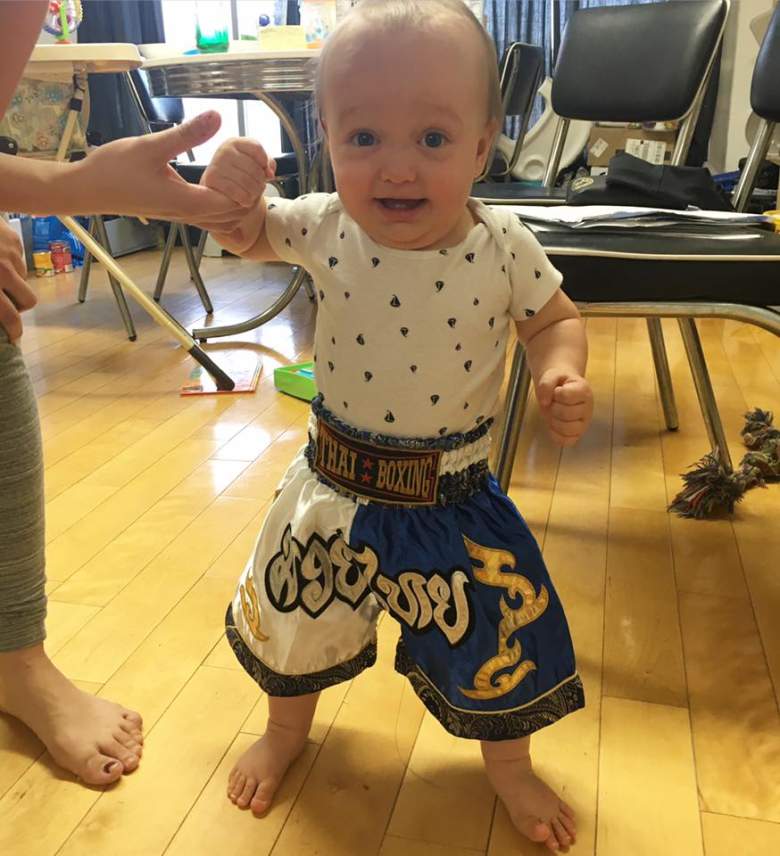 The toddler son of MMA fighter and trainer Marcus Kowal was struck and killed in his stroller by an accused drunk driver.

Liam Kowal, who was 15 months old, was the son of Marcus Kowal, an MMA commentator who is CEO of a Venice training facility, and Mishel Eder, reported the San Jose Mercury News.

Marcus Kowal, a California mixed martial artist who has worked with celebrities, posted a heart wrenching note on Facebook as well wishes flooded in. In it, he describes how his son fought to survive.

The alleged driver, Donna Marie Higgins, 72, is under arrest, the newspaper reported.

1. Eder’s Teenage Sister Was Pushing Liam in a Crosswalk When They Were Struck 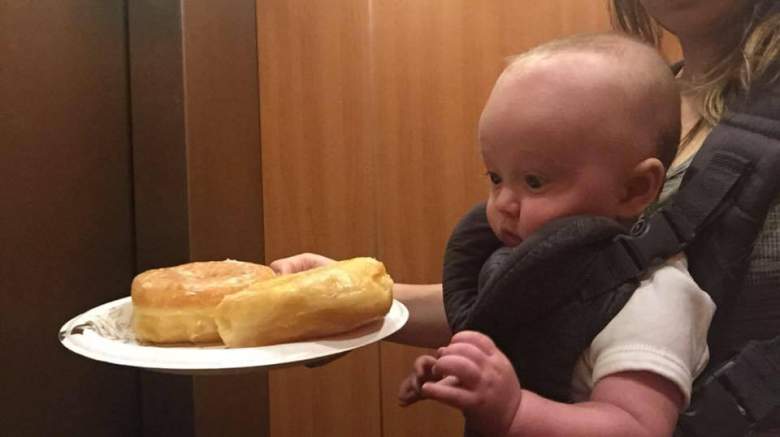 The Go Fund Me site established to help the family says the tragedy occurred on September 3, 2016, at approximately 4:15 p.m.

“Marcus Kowal and Mishel Eder’s sister and 15 month old son Liam were hit by a 72 year old female drunk driver in her SUV while the two were within the crosswalk of Hawthorne Blvd and 133th Street in Hawthorne, CA,” the site alleges.

The site says, “Mishel’s sister is in stable condition with serious injuries. Tragically, their only child, Liam, was critically injured and died on Sept 4, 2016 due to his injuries.”

The Hawthorne Police Department press release on the tragedy says that Eder’s sister is only 15.

“Hawthorne Patrol Officers responded to the scene where they located two injured juveniles lying in the street near the crosswalk,” the release says.

2. A Fundraising Site for the Family Says Kowal & Eder Were Trying to Build a ‘Legacy’ Business for Their Son 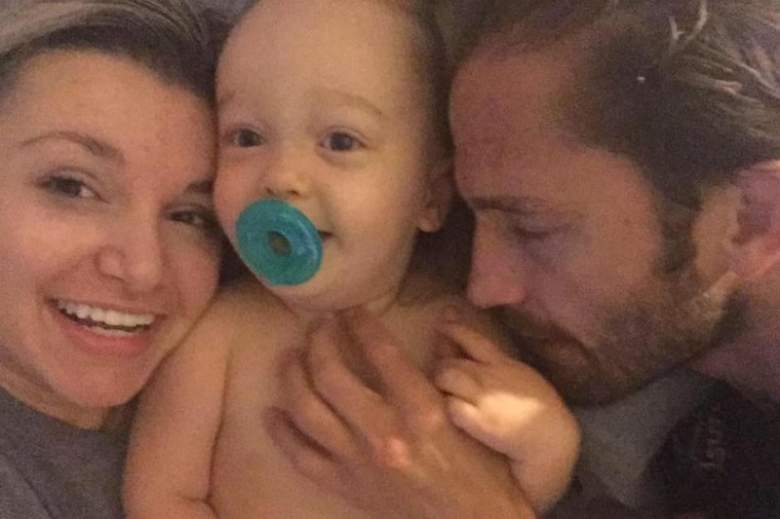 “As anyone can imagine, they are completely shocked, heartbroken, and have a long road ahead of them,” the fundraising site says of the family.

The site adds: “Please, if you can, donate anything you can to help them with medical expenses as well as funeral costs. I know Marcus and Mishel were giving their all to building a legacy business for their little family and they have impacted countless lives through their work. As Marcus’s business associate and friend, I am starting this GoFundMe to organize our support. No parent should EVER have to bury their child!”

3. The Boy Was Pulseless & Not Breathing After Being Struck, & the Driver Allegedly Fled the Scene

“One of the victims, a 15 year old female, was suffering from what appeared to be leg injuries while a second victim, a 15 month old baby still in its baby stroller, was found pulseless and not breathing,” the press release from the police department says.

The police press release says that an SUV allegedly driven by Higgins drove through the crosswalk, striking both victims. The release says the driver then “fled the scene northbound followed by witnesses to the crash.”

The witnesses followed Higgins for about a block and were able to block her vehicle with their own cars when police arrived on the scene, the police release says.

“It was determined that Higgins was driving a vehicle while intoxicated and she was placed under arrest for felony hit and run as well as felony drunk driving,” the release says, adding that Higgins was booked into the Hawthorne, California jail on the charges with $100,000 bail.

4. Kowal Posted a Thank You Note to Supporters on Facebook & Said That Liam Fought to Live 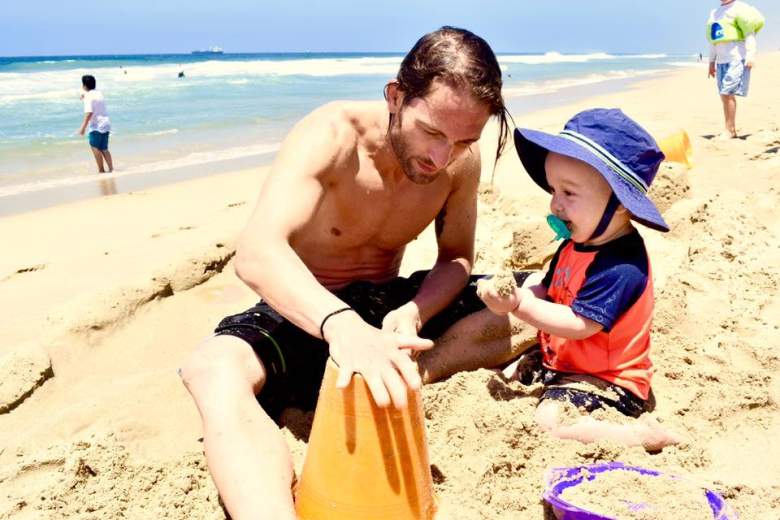 Kowal had filled his Facebook page with photos of Liam. In one, father and son build sandcastles on the beach. He wrote, “Building a dream is important but building sand castles with him is more important,” on the July 16 photo.

In the heart-wrenching note Marcus posted after the tragedy, the father said that Liam struggled to live. “He even died at one point but they brought him back,” he wrote in the message. Read it in full here:

One read, “I’m absolutely gutted. I’m so very, very sorry my friend. No one should have to go through what you have just experienced and my heart goes out to you and your family in this terrible, terrible time. You are a good man and I’ll never forget the kindness you showed when I first move to Los Angeles all those years ago. You are a warrior and a gentleman who has so much to offer this world. Your boy was loved dearly and his spirit will live on through you. I’m so devastated for you. Much love my friend.”

5. Kowal Is an MMA Fighter From Sweden & Is the CEO of a Training Center in Encino

On Facebook, Kowal says he is CEO at Systems Training Center Encino, lives in Venice, California, and is from Gothenburg, Sweden. You can see his MMA record here.

Kowal’s biography on the site says he initially had “focused on boxing and was the 2-time Golden Gloves runner-up as well as the Title Boxing World Championships runner-up in 2006. Then, in 2009, Marcus made his pro-debut in Mixed Martial Arts “by winning a 2nd round stoppage for the TFA (Total Fighting Alliance). Following in 2010 was Marcus’ 1st fight on the Strikeforce Organization,” says the bio.

The biography says “Marcus has been featured on the Tyra Banks Show, Dr. 90210, Celebrity Fit Club, the National Body Challenge on the National Geographic Channel, I form med (In Shape With) Anna Anka which aired in Sweden. Marcus trains actors for fight scenes, in self-defense and fitness, as well as fighting himself in both movies and television shows.”

Currently, “Marcus serves as the Lead MMA Training Instructor and Owner of Systems Training Center as well as the CEO and Co-Founder of Fitnesscenter.com. In addition, he is the Host and MMA specialist for StudioMMA and MMANytt,” says his bio.