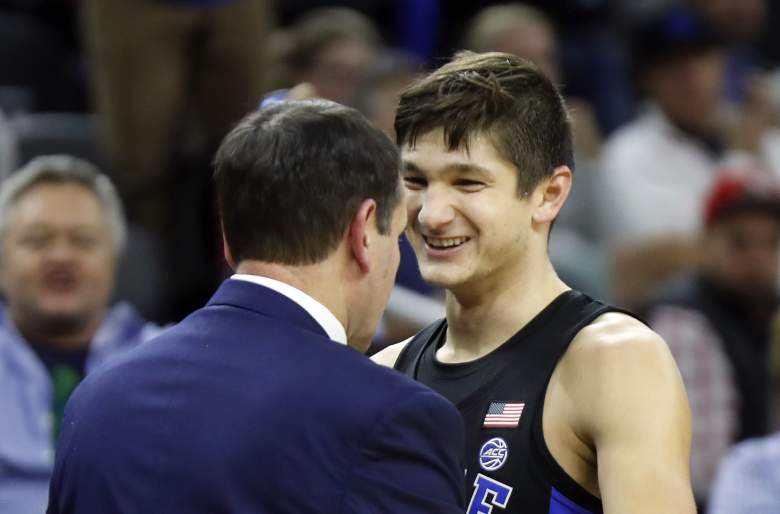 Grayson Allen and the Blue Devils are getting healthy, which is a scary thing for the rest of the country (Getty)

The past week in college basketball was one in which some teams fell victim to opposition they were expected to take care of comfortably on paper. Ohio State suffered a surprising overtime loss to Florida Atlantic on Tuesday, with a 4-for-20 night from three being the difference as the visiting Owls shot 10-for-25 from beyond the arc. On Wednesday two ranked Big East teams fell on the road, with No. 13 Xavier losing 68-66 at Colorado and No. 16 Butler losing 72-71 at Indiana State.

Add in losses by No. 12 Saint Mary’s and No. 25 Iowa State on Thursday, and four AP Top 25 teams suffered losses before the weekend. In total six teams ranked in the AP Top 25 lost over the last seven days, and that will lead to some changes in this week’s Heavy Top 30 as well. Nine teams in last week’s Heavy Top 30 suffered defeats, which will impact the back end of the power rankings immensely.

You can also check out the Associated Press and USA TODAY Coaches’ polls. Here’s our weekly top 30: 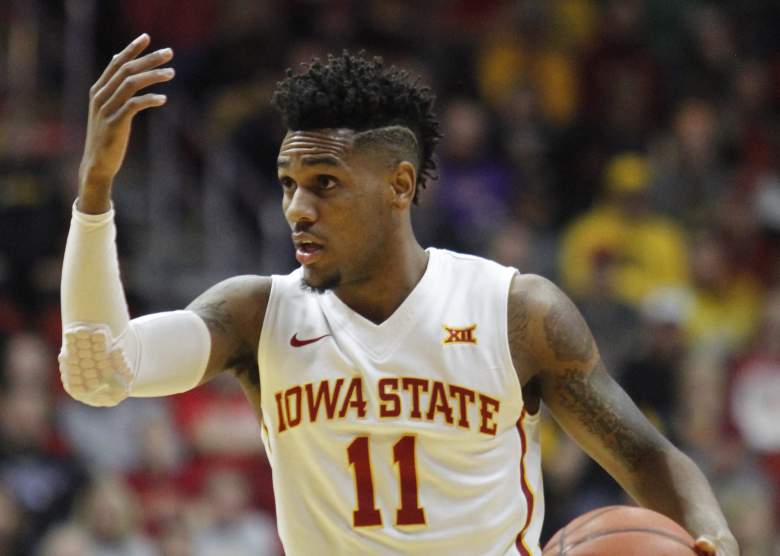 Breakdown: The Cyclones have lost three of their last four games, most recently falling by 14 at Iowa Thursday night. Iowa State struggled offensively in the loss, shooting 35.7 percent from the field overall and 8-for-30 from three, and it didn’t help matters that Iowa’s Peter Jok scored a game-high 23 points. Through nine games Steve Prohm’s team has been better defensively than they were last season, but their lack of size inside is something that could get the Cyclones in trouble in Big 12 play if their forwards (Deonte Burton chief among them) aren’t able to force mismatches on the other end. That requires consistency on the offensive end of the floor, where a team that lost Georges Niang and Abdel Nader from last year’s Sweet 16 team hasn’t been as fluid (as one would expect).

Breakdown: The question asked of Gregg Marshall’s program by some was just how big of a drop-off would there be with guards Fred VanVleet and Ron Baker now in the NBA. There’s been no such issues through 11 games for the Shockers, whose losses came against Louisville and Michigan State at the Battle 4 Atlantis Thanksgiving week. Wichita State was dominant in its home win over Saint Louis Tuesday night, limiting the Billikens to 0.66 points per possession and 25.9 percent shooting. Saturday’s game against Oklahoma was much tougher, but Zach Brown scored 17 points, Daishon Smith 13 and Darral Willis 12 in the Wichita State victory. Wichita State has this week off to deal with final exams, with a home game against a good Oklahoma State team set for Saturday. According to KenPom.com the Shockers are ranked third nationally in adjusted defensive efficiency, and regardless of who’s wearing the jerseys Wichita State’s track record makes it known that they will “play angry” and get stops. 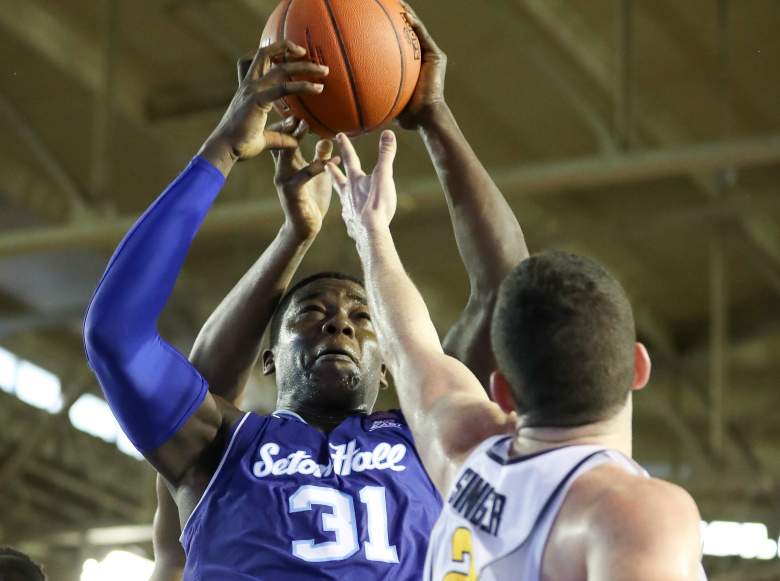 Breakdown: Since going 1-2 in Orlando the Pirates have won three straight games, most recently edging out Cal Wednesday night. The perimeter tandem of Khadeen Carrington and Desi Rodriguez combined to score 29 points in the win, and big man Angel Delgado tallied 16 points and 12 rebounds as he outplayed Cal’s Ivan Rabb. Seton Hall gets another chance at the quality non-conference win that eluded them in Orlando last month on Monday, as they face a ranked South Carolina team in Brooklyn. If point guard Madison Jones can take care of the ball against the Gamecock pressure, the Pirates are more than capable of heading back to New Jersey with a win. 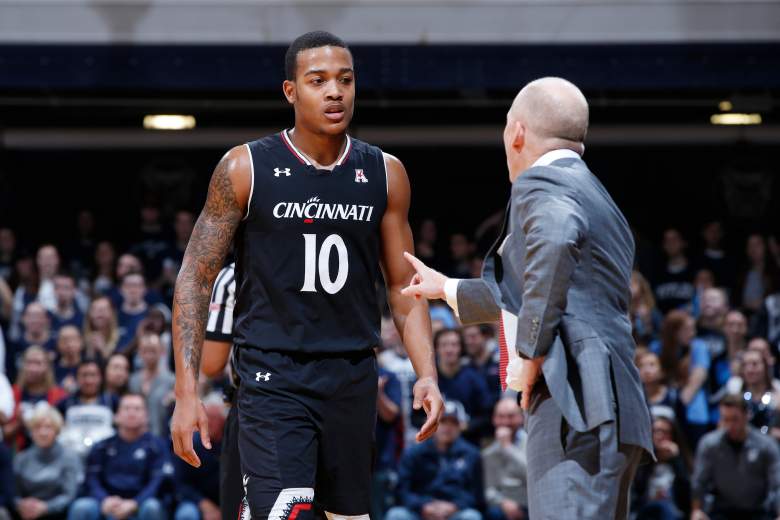 Breakdown: Mick Cronin’s Bearcats played just one game this week, losing by ten at Butler on Saturday. Butler’s defense was a major factor, as they managed to make the Bearcats get away from who they’ve been offensively this season. On the season only 33 percent of Cincinnati’s field goal attempts have been three-pointers, which makes sense given their lack of consistent perimeter shooting and the presence of big men Kyle Washington and Gary Clark Jr. Against Butler, 26 of Cincinnati’s 65 field goal attempts were three-pointers, which is two high of a number for the Bearcats. Cincinnati shouldn’t have much of an issue with their next three games before opening league play at Temple on December 28, which will provide them with the chance to get back to who they are offensively.

Florida State vs. Florida Men's Basketball Highlights (2016-17)Florida State vs. Florida: The Seminoles took down their rival, the #21 Gators, 83-78. Dwayne Bacon was fabulous for FSU, scoring 24 points while adding 3 rebounds and 2 assists. SUBSCRIBE: http://bit.ly/Oqg3iE The Atlantic Coast Conference (ACC) is a collegiate athletic conference in the United States in which its fifteen member universities compete in the…2016-12-12T00:17:04.000Z

Breakdown: This was a tough week for the Gators, as they had games away from Gainesville against one of the nation’s best teams in Duke and their bitter in-state rival Florida State. The issue in both games for Mike White’s team was their defense, as Duke shot 52.5 percent from the field and Florida State making nearly 46 percent of its attempts Sunday. Defense hasn’t been a concern for Florida overall, as they’re ranked 10th in adjusted defensive efficiency, but maintaining that level of play against quality competition will be key as they go into SEC play and ultimately the NCAA tournament.

Click the next page link below or keep scrolling for teams 25 through 21.

Pages: 1 2 3 4 5 6
Read More
Basketball, College Basketball
There aren't many changes at the top of the power rankings for this week, with Villanova remaining in the top spot.