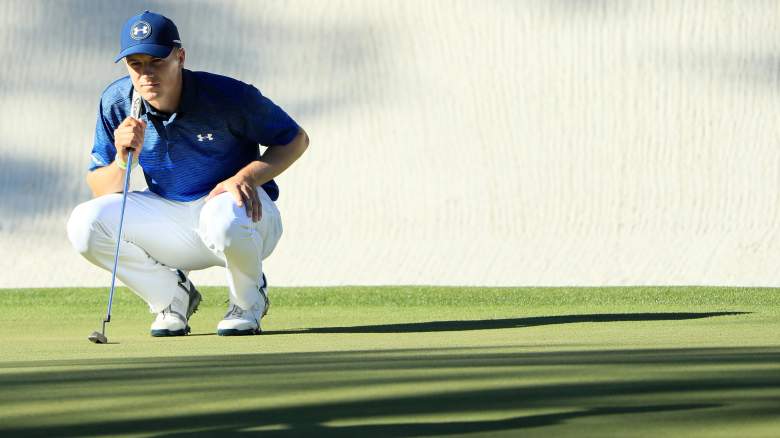 Here’s the moment the 37-year-old Spaniard was officially removed from the “Best to Never Win a Major” lists:

2 unbelievable players and 2 great friends, but I couldn't be happier for @TheSergioGarcia. You deserve it all amigo!!

Here are some highlights and a recap from Sunday at Augusta:

It hasn’t been a great week for Marc Leishman, but burying an eagle from 149 yards out on No. 7 will certainly help ease the pain a little bit:

The 15th eagle in Masters history at No. 7.pic.twitter.com/ZGN5Yq4KMh

Phil Mickelson also had a pretty nice start to his day, as his second shot on the Par-5 second hole was within 11 feet, and he proceeded to roll in the eagle to get back to even par for the tournament:

Phil played this to perfection on No. 2.

What awaits the leaders …pic.twitter.com/oD96jg5N0x

That brought him to an amazing six-under on No. 2 for the tournament, but he followed it up with a double-bogey on 3 and another two bogies to quickly fall back to plus-four.

Brendan Steele wasn’t able to join the eagle club, but this gorgeous approach on No. 1 gave him an easy tap-in birdie:

How about this approach at No. 1?pic.twitter.com/N33U3oI2Mp

He went on to birdie that hole for the third straight day, at the time bringing him to within five strokes of the lead as he chased the career Grand Slam.

Russell Henley, meanwhile, slam dunked No. 5 from 185 yards out and forced officials to have to repair the cup:

Entering Sunday tied with Justin Rose atop the leaderboard, Sergio Garcia go his round started on the right foot with a birdie on No. 1:

He would also birdie No. 3, jumping out to a two-stroke lead:

Garcia’s lead grew to as many as three strokes, but then Rose went on a tear, starting with a birdie on 6:

While the leaders were battling it out, Matt Kuchar came surging on the second nine, knocking in three birdies in a row before an ace on 16 to get him to five-under:

High fives for everyone!

Thomas Pieters was another with a huge late surge. Entering the second nine at just two-under, he hit birdies at 12, 13, 14 and 15 to work himself into a tie with Garcia, just two strokes behind Rose.

But Sergio wasn’t done. After saving par on 13 despite an errant tee shot forcing him to take a penalty out of the bushes, he birdied No. 14 and followed it up with gorgeous approach shot and 14-foot eagle put on 15 to tie Rose at nine-under.

Masters Sunday at its finest.

On the Par-3 No. 16, each player knocked it to within about six feet, but while Rose knocked his birdie putt in, Garcia’s came up just short.

A bogey from Rose on the very next hole, however, put them all square heading to the 72nd hole of the Masters. After gorgeous approach shots from both players on 18, they each missed short puts, pushing it to a playoff.

After Rose’s drive on 18 went into the woods ultimately led to a bogey, Sergio left no doubt and put an end to talk of him being unable to handle pressure, burying a 12-footer for a birdie and a Green Jacket. 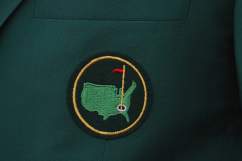 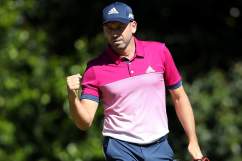