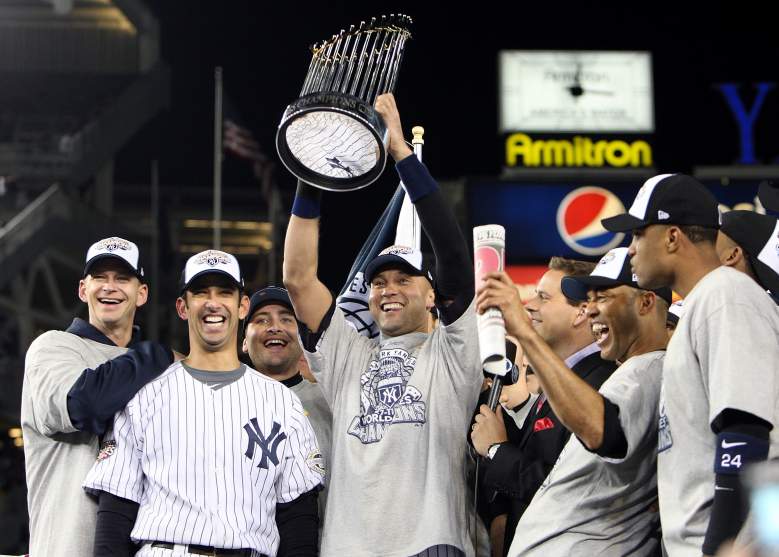 Throughout his 20-year MLB career, Jeter was a key contributor in the Yankee’s unparalleled success.

He started his career in New York’s minor-league system in 1992 before being called up to the main roster in 1995. He was named the Yankees’ everyday starter at shortstop in 1996, and he wouldn’t relinquish those duties until he retired in 2014.

In his time in a Yankees jersey, Jeter won five World Series championships, closing with a career .310 batting average to go along with 3,465 hits and 1,311 RBIs.

Two years later in 1998, the Yankees were back in the World Series and adding another championship to the franchise’s legacy.

New York didn’t have a problem defeating the San Diego Padres in the series, 4-0, and Jeter did his best to help. The shortstop had a .353 batting average, an .803 OPS and an RBI to aid his team to the title — his second.

The Yankees were back in the World Series the following season and were tasked with a rematch of the 1996 series against the Braves. Once again, however, the Yankees didn’t have much of an issue getting past Atlanta. They swept the series once again, 4-0, and Jeter added the third World Series ring to his collection.

Jeter posted eerily similar numbers in the series to the year before. Once again, he batted .353 in the four games and had an .801 OPS with a lone RBI.

The Yankees were in the World Series again in 2000, only this time the stakes were extremely high. The Yankees were playing against their crosstown rival, the New York Mets in the “Subway Series.”

But, led by Jeter, the team dispatched of the Mets. They won their third-straight title by winning the series, 4-1, and Jeter’s performance was his best ever in a World Series. He was named the World Series MVP after all was said and done for his stellar performance.

Jeter batted .409 in the series with an eye-popping 1.344 OPS. He had two doubles, a triple, two home runs and two RBIs in the series.

Nine-years after that, Jeter was back hoisting the trophy over his head for the last time of his career. The Yankees defeated the Philadelphia Phillies in the 2009 World Series, 4-2 to give Jeter his fifth World Series championship.

The veteran Jeter was stellar under clutch circumstances once again. He batted .407 in the series with a .947 OPS, three doubles and an RBI. 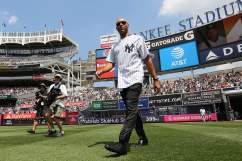