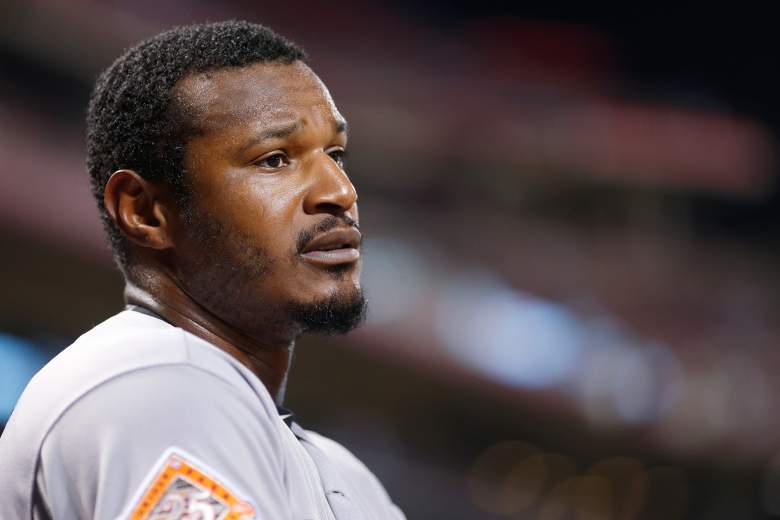 Just two days after he was the victim of racist chants at Fenway Park, Baltimore Orioles center fielder Adam Jones was ejected from a game in Boston for arguing balls and strikes with the home plate umpire.

In the top of the fifth inning of Wednesday’s game against the Red Sox, umpire Sam Holbrook made a late strike call on a pitch during Jones’ at-bat. He stepped away from the plate and voiced his displeasure with the call.

On very next pitch, Jones swung and missed, striking out. On his way back to Baltimore’s dugout, Jones continued to argue with the umpire, which led to him being tossed from the game.

Watch Jones get ejected in the video below:

And there goes Adam Jones, too pic.twitter.com/UR0dpf8SIC

On Monday in the first game of the series against the Red Sox, Jones said he heard racial taunts coming from the stands. The next day, the Red Sox apologized for the fan’s act and the Fenway faithful gave him a standing ovation before he came to the plate for his first at-bat.

After the game, Jones said he “appreciated” the apology and ovation.

Much appreciated. It was also much appreciated by the Boston Red Sox and MLB getting ahead of it. Appreciative that action was taken, and that not everybody feels the same way as selected people.

Earlier in the game, Holbrook ejected Kevin Gausman after he hit Xander Bogaerts with a pitch in the second inning. That came one day after Boston pitcher Chris Sale threw a 98 mph fastball behind Baltimore third baseman Manny Machado. 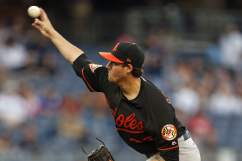