The Chiefs ran away from the Patriots to kick off the season.

Very few teams go into Foxborough and end up victorious. The Chiefs did just that on a night that was meant to be a celebration of the Patriots Super Bowl victory. Kansas City not only defeated New England, but dominated for the majority of the game.

We base our rankings on what happens on the field, and not on pre-season projections. The Chiefs earned the top spot, but several others join them near the top.

It was not pretty, but the Packers survived a low-scoring affair against the Seahawks. The Cowboys were in control from start to finish against the Giants. The Ravens, Raiders and Panthers also looked impressive to start the season.

A few teams left us with questions heading into the coming weeks. The Seahawks offense struggled mightily with no running backs standing out as a potential feature back. The Giants were without Odell Beckham Jr., and the offense looked to be impacted heavily by his absence.

Andy Dalton and the Bengals looked about as bad as possible. Dalton’s five turnovers contributed greatly to the Bengals scoreless outing.

We will continue to update these after the Monday Night Football contests. You’ll notice the teams that have not played are clustered towards the middle of the rankings.

This is not necessarily a reflection of the team, but we like to reward teams that have already notched a victory. Winning teams will move up in the rankings. 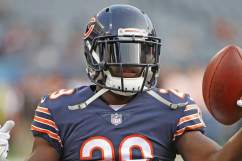