The WWE announced December 10 that it’s suspended Superstar Rich Swann, who competes as a cruiserweight wrestler for the promotion.

Swann has been suspended “indefinitely” following his arrest December 9 for alleged domestic violence against his wife, Vannarah Riggs, the WWE said in a statement.

Swann and Riggs have been married since March, and she’s a wrestler on the independent circuit known as Su Yung.

Here’s what you need to know about Riggs:

1. Swann Allegedly Put Riggs Into a Headlock & Dragged Her Back to His Vehicle

According to an arrest report by the Gainesville Police Department, Riggs had just wrestled at an independent promotion in the downtown area, and Swann was critiquing her performance at the show.

At one point while driving, Riggs allegedly told police that they engaged in an argument, and she feared that he was going to become violent. So, she jumped out of the car while it was moving slowly and tried to get away from him, she told police. Swann allegedly screamed at her, and ordered her to get back into the vehicle. Riggs and a witness told police that Swann chased after her.

Witnesses told police that Swann grabbed Riggs by the arm and then put her into a headlock as he dragged her back into her car. As they drove away, one witness said Riggs could be seen pounding on the window, screaming for help.

Swann said to police that he never touched her, and wanted her back inside the vehicle because her cell phone had the GPS that they needed to get to their destination.

Read the full arrest report below:

Swann has been charged with simple battery (domestic) and false imprisonment (kidnapping). Following his arrest, Swann was suspended “indefinitely” by the WWE. If he’s convicted of the charges, the WWE’s domestic violence policy says that he’ll be terminated “immediately.”

2. Riggs & Swann Got Married in March After 5 Years of Dating

Swann and Riggs on their wedding day.

The arrest report said that Riggs and Swann had been dating for about five years and have been married for nine months. The couple tied the knot back in March in Las Vegas, their social media accounts indicate.

Swann and Riggs got married in March 2017.

The couple both updated their Facebook relationship statuses with photos from the wedding ceremony in Vegas.

Riggs was born on June 30, 1989 and is best known under her ring name, Su Yung. She got her start in professional wrestling in 2007, when she moved to Memphis, Tennessee and worked on several independent promotions. Her Su Yung character made its debut in 2010 at an event for Main Event Championship Wrestling. She portrayed a villainess and won her debut match against Tracy Taylor.

Riggs continued to train and learn the ins and outs of professional wrestling, and soon enough she got her big break in the industry.

Riggs got her opportunity to wrestle for WWE when she signed a developmental contract for the company, and she made her debut at a Florida Championship Wrestling house show in 2010. She wrestled under the name Vannah and split announcing duties.

One month later, her ring name was changed to Sonia, and she made her in-ring debut. She was a heel and debuted December 2, 2010 in a match against A.J. Lee. She lost the match, but continued wrestling for the company, teaming up with others and wrestling a few notable female wrestlers such as current WWE Superstar Naomi. However, her time in WWE came to an end on August 8, 2011, when she was released from her contract. 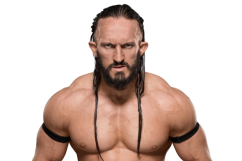 Neville’s WWE Future: Wrestler Has ‘Pushed for His Release’

After her release from her WWE developmental contract, Riggs wrestled for a few independent promotions, like SHIMMER Women Athletes and Shine Wrestling.

Riggs went back to her former character, Su Yung for Shine and was a face, wrestling alongside Tracy Taylor on a team named The West Coast Connection. She wrestled in the promotion as a face for several years until 2014, when she turned heel. She was attacked after an April 18, 2014 match by Saraya Knight (WWE Superstar Paige’s mother), and later turned into a villain. She aligned herself with a heel group and attacked Taylor, thus ending The West Coast Connection.

“One of my favorite women on the American indies. She is serviceable in the ring, not afraid to take risks, and has a huge personality,” one user on CageMatch.net wrote about Riggs’ in-ring ability. I expect to see her picked up by someone very soon.” 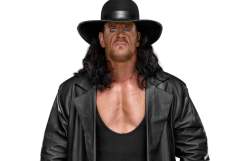