In May, there were plenty of iOS apps being updated, from gaming to blogging apps. We complied a list of the best app updates for this month. In this list, you may notice a few apps you may have already deleted on your iPhone or iPad due to annoying bugs or crashes. These apps have now been updated for a better user experience.

What’s the Saying? is a puzzle game in which players must guess the catch phrase. Unlike other word-guessing apps that are popular, What’s the Saying? involves guessing the phrase. The game starts off easy, but becomes more difficult as you advance. When players answer phrases, they will be able to purchase lifelines with coins. What’s the Saying version 2.0 offers new themes and hundreds of new levels to beat. You can download What’s the Saying? from the App Store here. 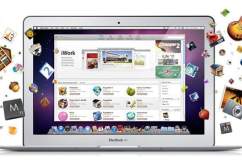 Whether you’re trying to take the BART, the NYC Subway, or catch a bus, commuters should checkout the Transit app for iOS. The Transit app is an app that can detect where users are located, zone-in on public transportation routes nearby, and can show users the next available pick-up times. Transit supports offline access, so users don’t have to worry about not having any service underground. While other transit apps have been free, included offline support, and had information on 9 cities, Transit offers commuters information on 37 cities. Some cities include NYC, Chicago, Los Angeles, San Francisco, Boston, Washington DC, Philadelphia. Previously, Transit cost $0.99 per month and $4.99 per year to access full features, however the team recently removed subscriptions. You can download Transit app for free at the App Store here.

Kik Messenger is an app that’s used as an alternative to standard messaging. Kik Messenger offers users some cool features that regular SMS can’t offer. Users can switch between portrait and landscape keyboards. It also acknowledges when users send messages by displaying an “S.” When a message has been delivered it will display a “D.” Photos can be sent directly through the app and users can have fun with the selection of emoticons. The latest update to Kik Messenger allows users to share sketches, share pictures, and YouTube videos without having to exit the conversation. Capture sharing is also available. You can download Kik Messenger from the App Store here.

Words Rush is the latest word game from Palm Desert Studios LLC. Players must find as many words as they can and as fast as they can within a three minute time frame.To find new words just swipe. Players can use power ups to help get higher scores. Words Rush has several game modes ranging from easy to challenging. The latest update fixed bug crashes. Words Rush is a fun fast-paced word game. You can download Words Rush from the App Store here. 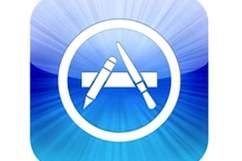 Keek is a new platform taking mobile video sharing to a whole new level. In some ways Keek is similar to Twitter. Twitter users can type what’s on their mind in 140 characters or less, while Keek users can record 36 second video updates. Users can rate other Keek followers based on how funny, entertaining, cool and inspiring they are. Keek users can also gain some Kred, which is the score that represents your overall reputation. Keek version 3.0.1 brings several bug and crash fixes. You can download Keep from the App Store here.

Fruit Mania is a puzzle game by TeamLava. Players need to save cute baby creatures that are stuck in the blocks of the puzzle. Using fruity blocks will help you save these cute baby creatures. Blow-up and blast your way through the blocks of fruit in this simple yet addicting game. The latest update fixed bug issues and comes with performance improvements. You can download Fruit Mania from the App Store here. 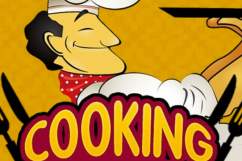 The 10 Best Cooking and Recipe Apps For Your iPhone, iPad or iOS Device

Tumblr is a free blogging platform that has attracted a large number of microbloggers that showcase their paintings, photography, design etc. Tumblr stands out from most blogging platforms because they have a wide variety of content that users can post from their mobile phones. Users can also post quotes, links, music, voice messages, and more. Tumblr’s update includes a new interface design where users can select which kind of post they would like to create. Users can submit videos, links, chats, photos, quotes and text, along with matching colorful icons. The interface is the biggest change in the most recent update. You can download Tumblr from the App Store here.

Vine is an app that lets users tweet looping 6 second videos. Taking snippets of video is easy, just press anywhere on the screen. Once you record, the six second meter will fill up. Let go and it will stop recording. Being able to record six second videos is perfect for Twitter and Instagram users. Previously, when leaving and returning to VIne, an issue made the app crash. In Vine Version 1.1.2 the issue has been resolved. You can download Vine from the App Store here.

Similar to Bejeweled, Candy Crush SAGA gives you different types of candies and asks you to match them in order to clear them and score points. All you need to do is just swipe your fingers across the candies to swap them. If you match four or more, you will gain more points. To do well in Candy Crush SAGA, set yourself up to get large matches and chances to gain big points! The latest update now comes with 335 candylicious levels, deep sea diving in a new episode of Savory Shores and players can join the festivities in a new episode of Munchy Monolith. Beware of the tricky new Chameleon candy that will challenging your playing skills. You can download Candy Crush Saga from the App Store here.