Here are the top five tips/tricks/cheats you need to know for Injustice 2.

1. Build the Ultimate Team to Compliment How You Play; The Basics of Battle

• Whether you like to play offensively with a high damage output, or construct a strong defense to wear down your opponents over time, Injustice 2 has tons of variety ensuring the team you want to create is well within your reach. Always make sure to upgrade the abilities of your favorite roster members and help them dish out more damage during battle. Use XP Capsules to do just that, plus make sure you increase their star rating’s through the use of Hero Shards. Focus on upgrading your first four heroes (Batman, Harley Quinn, Wonder Woman and probably Catwoman) first, then focus on upgrading your more rarer heroes when you obtain them. When you finally unlock an Arkham Knight Batman or Blademaster Robin, be sure to make them an important part of your team.

• When it comes time to battle, one of the most basic combos that’ll always help you out is a 3-hit tapping combo that’s followed up by a crouching attack. It’s best to follow up basic combos with special moves that only land when you’re close to your opponent, too. Always mix up your attacks, tag in another character when your current hero’s low on health and pull off your super attack as soon as it becomes available. From time to time, you’ll notice a red bolt appear over your opponent’s head. This notification is letting you know it’s time to dodge since they’re ready to land a strong attack. Know when to block as well and you’ll become a pro on the battlefield.

3. Battle in the Arena

• Competing in Arena matches and defeating other players will earn you exclusive rewards available only in that mode. This mode pits your team against teams put together by other live players that are controlled via the AI. How you use energy to keep playing within the Arena works a bit differently from the way you use it during the campaign. Instead of relying on team energy, the Arena energy system focuses on one character’s energy meter. If you have more than three heroes when someone’s energy ends up depleted, switch them out for someone fresh and keep on fighting. Depending on your Arena ranking, you’ll receive daily and weekly rewards. The currency you attain within the Arena will allow you to purchase all types of goodies within the Arena Shop.

• Send characters on Operations all across the globe for real world amounts of time to quickly level them up and earn more rewards faster. Be sure to level up your Operation Upgrades with Power Gems, too. Your assigned character for an operation will have a much easier time completing it when the Completion Speed gets better and better. Increase the Threat level of your Heroes so they get better Operations. As for daily Resource Missions, completing them nets you extra XP Capsules (you’ll get credits on Sundays instead). The character class changes every day, so take note of that when you choose your characters for a mission.

• Complete your daily objectives every day to help develop your favorite heroes and villains, as well as earn exclusive rewards. Remember to take on Challenges. Rotating regularly, the Injustice 2 Mobile challenges offer exclusive characters you can only obtain in that feature. Knock out those Achievements, too. You’ll gain plenty of rewards just by defeating certain characters, upgrading heroes, upgrading your account level and more. 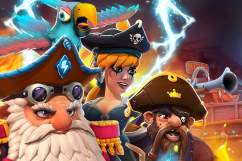