With no new content coming to Destiny 2 Season of Dawn until the 28th, there’s no better time to make progress towards the Savior title. While this seal isn’t available at the time of writing this, we do know all of the steps and what the secret triumphs are. Compared to Undying, this title is remarkably easier, especially if you’ve been keeping up on your Obelisk Bounties the past few weeks.

Since some of the information hasn’t been revealed yet, we will be updating this piece once Exotics such as the Bastion are introduced. Here’s a complete breakdown of how to earn the Savior title before the season ends.

Your first priority for this title should be increasing the ranks of all four obelisks to at least 10. There is an obelisk located on the EDZ, Mars, Tangled Shore, and Nessus – each of which can be leveled by spending Polarized Fractaline. Not only will raising your obelisk levels unlock weapons you’ll need for the Season of Dawn badge, but it will help you complete 5 different triumphs tied to this title.

Having each obelisk hit level 10 will unlock the following triumphs:

If you’ve been playing during the Season of Dawn at all, there’s a high chance you already have this quest completed. The core story missions for the season, to unlock this triumph you’ll need to finish the Saint-14 storylines. These two missions are exceptionally easy and shouldn’t take a lot of your time. Once they are done, this triumph will complete.

The next step for the title is to complete the Race Through Time, Flayer Slayer, and Undefeatable triumphs in The Sundial. To obtain Race Through Time, you will need to beat The Sundial in 15 minutes or less. This includes the activities and the boss fight – despite the latter not having a timer. While this can be challenging with a group of randoms, we strongly suggest getting a team together. Most of The Sundial’s encounters are exceptionally easy once you start coordinating with others.

Undefeatable simply tasks you with not dying during a single run of The Sundial. If you play safe and stay in the back then you should have no trouble. Make sure to avoid the final boss’ attacks, since many of them will instantly kill you. Also keep an eye out for Cabal drop pods, as these can come out of nowhere and crush your poor Guardian.

As for Flayer Slayer, you’ll need to kill each of the three Psion Flayer bosses (Ozletc, Tazaroc, and Niruul) at the end of The Sundial. These bosses rotate weekly, so you’ll need to keep track of which one you’ve killed. However, there’s a very high chance you already killed these three Flayers once.

Perhaps the easiest Exotic quest in the entire game, Devil’s Run is broken up into two steps. You’ll need to first obtain the quest by beating any version of The Sundial and interacting with the reward console. Once this is done, head to The Tower and speak to Saint-14 in the hanger. He will ask you to visit the Twilight Gap and collect 10 Timelost Fragments scattered throughout the map. Congratulations, you’ve officially unlocked the Devil’s Run after 20 minutes of work!

Perhaps the biggest hurdle of this title is obtaining the three Season of Dawn Ritual Weapons. These guns are the Vanguard’s Buzzard, Gambit’s Python, and Crucible’s Komodo-4FR. Each of these quests can be picked up at their respective vendors when you visit The Tower.

Of the three, we recommend getting the Buzzard out of the way first. This one takes the longest to obtain and you will want to make progress towards the Duty Driven quest. Make sure to use a Solar sidearm and only run the Nightfall Prestige playlist since you’ll need a million points for the final part of the Molten Glory Vanguard quest.

For the Komodo-4FR, we strongly urge you to use the Arbalest Exotic since this is the only Kinetic linear fusion rifle in the game. This allows you to not fight over the Heavy Ammo and rack up kills much faster. Additionally, you only have to make it to Heroic, which is quite easy thanks to the changes to the Competitive ranking system.

Finally, the Python is a fairly simple, if lengthy quest to complete. Since you need shotgun kills, make sure to run either one in the Kinetic or Energy slot along with the Tractor Cannon. This Exotic can wipe out huge groups of enemies and is also great for taking down enemy Guardians. Remember, killing a Guardian with a shotgun will award you 10 points instead of 1.

Tied to the Corridors of Time, obtaining Bastion starts by making your way to the tomb in the center of this massive maze. Once you visit the tomb and interact with it, you’ll obtain the Exotic quest that has you venturing all throughout the Tangled Shore. It’s a fairly straightforward mission that won’t be too challenging for players.

Make sure to check out our guide for how to complete the Bastion Exotic quest.

Just like the Bastion Exotic, you cannot complete this triumph at the time of writing this. Inotam, Oblivion’s Triune will unlock of February 2 alongside the Empyrean Restoration. There are two triumphs attached to this boss, so you’ll need to kill him on both normal and Legend difficulty. The latter is set at 950 and requires players to enter with a pre-made fireteam.

Despite the additional modifiers, this variation isn’t that tricky with a coordinated group. Take your time and approach each activity with a plan before you start. If things get dire, play it safe so your team doesn’t wipe and get kicked back to orbit. You will need to kill Inotam on Legend difficulty to complete this triumph.

The final triumph you cannot earn, very little information is known about the Empyrean Restoration. We suspect it revolves around donating large amounts of Polarized Fractaline, which has been a core consumable of this season. Because of this, we suggest you start saving all your Fractaline after the obelisks have been ranked up.

9. Finish the Season of Dawn Badge 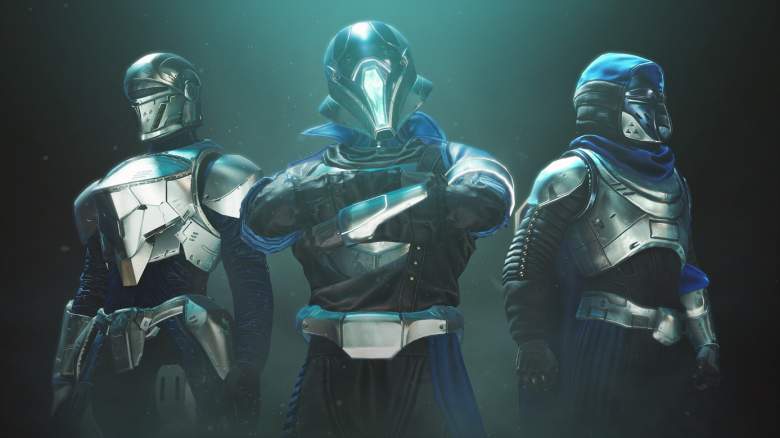 By the time the Empyrean Restoration unlocks there’s a chance that you’ll already have this badge done. For the last step, you’ll need to obtain all the Season of Dawn weapons, armor, Exotics, emblems, and shaders. We suggest going for the obelisk gear after you’ve leveled them up to 10. This allows you to not only get more rewards at the end of The Sundial but have multiple obelisk weapons available.