Tasha Hatcher is accused of putting her 2-year-old child into an oven. (Facebook)

A Texas mother is accused of putting her 2-year-old daughter into a her family’s oven, causing serious burns, police say.

Tasha Shonell Hatcher, 35, of Glen Rose, was arrested Thursday after the girl was hospitalized with second-degree and third-degree burns, the Somervell County Sheriff’s Office told WFAA-TV on Saturday.

The girl remains in the hospital, but is in stable condition, according to the Glen Rose Reporter.

Police were called Thursday after witnesses called to say Tasha Hatcher had put the 2-year-old girl into the oven at her family’s home, according to the Glen Rose Reporter.

It is not known if the witnesses were family members. Other details surrounding what led up to the incident have not been made public. 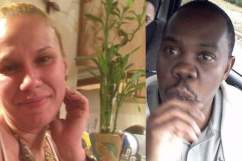 2. Hatcher Also Has a Son & Was Raising the Girl on Her Own

Hatcher is a single mother.

“Being a Single. Parent has been the most rewarding n so many ways I love my daughter,” she wrote on her Facebook page in July. She also wrote about it June:

Any one can b “single” n b a “parent”. But to actually b A Single Parent n not have your parents to help n family around its Hard…So great full that God is so Good n gives u the Strength n Peace n Wisdom n Helps u when u need it.. Thank u Christ for helping me n getting me thew the ups n downs.. Just Saying…. God b the Glory! !

According to her Facebook page, Hatcher also has a son. It is not known if she has custody of her son. Her Facebook page shows several photos of the injured girl with Hatcher.

“I love this smile what I live for to make her feel loved n special. Mom is counting her blessings,” Hatcher wrote in July after posting photos of the girl.

A friend told Fox 4 News that Hatcher appeared to be an attentive and loving mother.

3. The Girl Will Be Placed Into Foster Care After She Leaves the Hospital

The girl remains hospitalized and has been sedated, police say. She is being treated at the Parkland Burn Center in Dallas.

A spokesperson for the Texas Child Protective Services agency told WFAA-TV the girl will be placed into foster care when she is released from the hospital.

The girl’s uncle told Fox 4 News that he and other family members are not being allowed to have contact with the girl.

The case is still being investigated by the Sommervell County Sheriff’s Office, Child Protective Services and the Texas Rangers.

4. Hatcher Works in Cleaning Services at a Local Church & Motel

Hatcher works in cleaning services at a local motel, the Quality Inn and Suites, and at StoneWater Church, according to her Facebook page.

She is a graduate of Glen Rose High School and studied to be a certified nursing assistant at the Texas Career Institute, she says on her Facebook page.

Hatcher was charged with injury to a child with serious bodily injury, a first-degree felony, according to the Glen Rose Reporter.

It is not known if she has an attorney. Her family could not be reached for comment.