Hillary Clinton is running for President and that means if she wins, husband Bill would be the First Gentleman of the United States. But, this would not be his first time living in the White House, as he is our 42nd President, serving two terms in the position. Clinton is 69 years old, born August 19, 1946. His age at his presidential inauguration was 46 years, 154 days, and he retired at age 54. Bill Clinton reigned as President of the United States from January 20, 1993 – January 20, 2001.

Today, Bill Clinton is a grandfather to daughter Chelsea’s two children and he is backing his wife for the Democratic nomination.

Recently, Clinton appeared at the funeral for Muhammad Ali to speak about the late boxer, a man he called his friend.

For more information on Clinton’s life over the years, here is a timeline of some of the key moments in his life below:

1977 – He became the Arkansas Attorney General.

1979 – Clinton was the Governor of Arkansas.

1980 – Bill and Hillary Clinton’s only child, daughter Chelsea, was born.

1992 – Bill Clinton was elected President of the United States.

1996 – He was reelected to a second term of presidency.

1998 – Bill Clinton was impeached by the House of Representatives for perjury and obstruction of justice in the sexual scandal involving White House employee Monica Lewinsky.

1999 – Clinton was acquitted by the U.S. Senate for the impeachment and was able to carry out his full presidency. 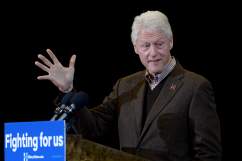 Bill Clinton for Vice President? Is That Even Possible? 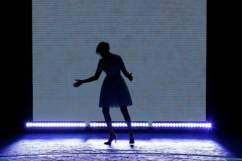 Read More
Bill Clinton, Hillary Clinton
What age was Bill Clinton when he became President and how old is he today?