A black man was found hanging in Piedmont Park, according to a statement by Atlanta Police. The park is pictured here in January 2010. (Getty)

Suspicion has arisen on social media after a black man was found hanging in Atlanta’s well-known Piedmont Park on Thursday, but police statements about the discovery differ from the public outcry.

Police have said the incident appears to be a suicide, and have said there is no evidence of foul play, despite claims made on social media to the contrary, the Atlanta Journal Constitution reports. The man has not yet been identified publicly.

The hanging death comes as the police shooting deaths of Alton Sterling, on Tuesday in Baton Rouge, Louisiana, and Philando Castile, in Falcon Heights, Minnesota, have put the race issues raised by the Black Lives Matter movement back into the national spotlight.

Few details about the story are known so far, but “#PiedmontParkHanging” has trended on Twitter throughout the day Thursday. Here is what we know so far:

The black male, about 25 to 35 years old, was found hanging from a tree near the Charles Allen entrance to Piedmont Park by security early Thursday morning, police said in an emailed statement.

Police were called to the park at 4:57 a.m., according to the statement, which mistakenly says the incident occurred June 7. Officers called for detectives shortly after arriving at the scene.

Emergency medical responders were also called, but the man “showed no signs of life,” according to police.

2. Police Said the Scene Was ‘Consistent With a Suicide,’ But an Autopsy Has Not Been Completed

An autopsy has not yet been completed to determine a cause of death, but police told the Atlanta Journal-Constitution, they are “confirming the body found was the victim of a suicide.”

Police said there were no discernible signs of “struggle or foul play” at the scene, adding it was “consistent with a suicide.”

Jon Hagar, a Fulton County Medical Examiner’s Office investigator, “concurred that the death was consistent with a suicide,” police said.

Hagar “assumed custody of the as yet unidentified body.” The “final cause and manner of death are pending autopsy,” according to police.

3. The City’s Mayor Has Referred the Case to the FBI

Atlanta Mayor Kasim Reed issued a statement Thursday afternoon saying the city has referred the case to the FBI:

I am deeply saddened by the loss of a young man’s life last night in Piedmont Park. This disturbing event demands our full attention. The Atlanta Police Department (APD) is conducting a robust investigation into his death and I have asked to receive regular briefings on the status of the investigation. We have also referred the case to the Federal Bureau of Investigation. Everything we have seen suggests that there was no foul play involved, but I want to state clearly and unequivocally that we will not prejudge the circumstances surrounding this young man’s death. APD will share all evidence discovered in the course of the investigation. We ask for the public’s support and cooperation as we work to resolve this matter.

The FBI and the Department of Justice have not yet commented. 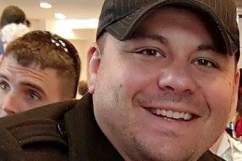 4. Many On Social Media Were Suspicious And Demanded More News Coverage

Despite the police statement and the medical examiner, once the story broke on social media, many were immediately suspicious. People quickly took to tweeting and retweeting thoughts, and eventually made #PiedmontParkHanging a trending topic. Many are hypothesizing that the hanging was not a suicide, and believe it to be a lynching. They have also been demanding news coverage of the incident, which had been slow to start.

Someone decided to kick it old school and straight up lynch a man at #PiedmontPark in Atlanta, GA

Why on earth would a black man hang himself in a PUBLIC area?? To argue that this was a suicide is asinine #PiedmontParkHanging

Amazing that police have determined cause of death PRIOR to investigating. That's incredible! #PiedmontParkHanging https://t.co/uJ7sRFjreI 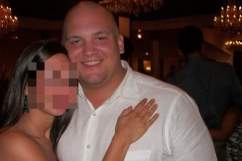 5. Multiple Accounts on Twitter Claim the KKK Was in Piedmont Park the Night Before

What has made many on social media most suspicious, particularly those local to Atlanta, are multiple accounts that claim the Ku Klux Klan was actually in and near the park that night. These accounts claim that they were handing out flyers in the area. The KKK is synonymous with racially motivated violence, and people started wondering if there was more to the story, and if it involved the Klan or not.

so the same night that KKK members were seen handing out flyers, a black male is lynched on a tree in Piedmont Park? But it's suicide? ??

Isn't it funny that KKK announced they're making a comeback and then a body was found hanging in Piedmont Park today or is it just me?

I'm from ATL. I was born and raised there and the KKK is going through a revival down there. The black man found hanging in Piedmont Park

Others have pointed toward claims that the park is closed.

Sooo Piedmont Park is permanently closed after reports of a BLACK males body found hanging from a tree? Hmmm ? pic.twitter.com/H5RbJYFluI

With a man found hanging from a tree and news of it breaking, many are claiming that Piedmont Park is currently closed. 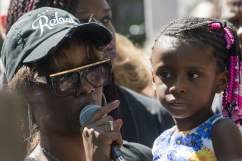