Screenshot of Video Kecalf Cunningham is a Christian rapper that has performed with his mother several times on stage.

Kecalf Cunningham, Aretha Franklin’s youngest son and one of her four children, was born on March 28, 1970 to Franklin’s road manager Ken Cunningham, who Franklin dated between 1968 and 1976. The “Queen of Soul” died at age 76 after a lengthy battle with pancreatic cancer. She died in hospice care in Detroit Thursday morning.

Kecalf Cunningham is a Christian rapper who has performed with his superstar mother several times on stage. Their most notable performance was a 2008 concert at the Radio City Music Hall.

He also had the pleasure of having his mother help him find his place in the music world, as Franklin was his business manager when he started his career.

Here’s what you need to know about Kecalf Cunningham:

1. Cunningham is a Christian Rapper Who Has Performed With His Mother Several Times

#QueenOfSoul great photo of #ArethaFranklin and her son Kecalf Cunningham stand under a newly unveiled street sign named in her honor outside Detroit's Music Hall in 2017. source Guralnick/Detroit News via AP pic.twitter.com/9VHiXK5JfQ

In a 2008 interview with the New York Times, Cunningham, who raps under his birth name, performed with his mother. “An interlude featuring her son Kecalf Cunningham, a Christian rapper, who came with a backpack, a hoodie and some cheap-sounding recorded tracks,” they wrote. However, the author also wrote that it was a “relief” when he left the stage, suggesting that the rapper might have had some growing to do as an artist back in 2008.

His name is an acronym of both his father and mother’s full names — Ken E. Cunningham (the star’s road manager) and Aretha Louise Franklin. 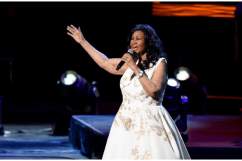 2. He Has Been Considered the “Shaquille O’Neal” of Christian Rap & Spreads the Word of God Through His Lyrics

According to Vulture, Cunningham may be the “Shaquille O’Neal” of Christian rap, and that he has been “allotted rap resources for reasons other than rap aptitude.”

His music has an old school rap feel to it, complete with black and white videos and beats accompanied with piano. As a Christian rapper, he often retells the stories of the bible and shares the gospel and word of God through his lyrics.

“Through immaculate conception, Gabriel gave Mary God’s directions, unsure of his intentions, she checked with Martha for confirmation, then her and Joseph had them a deep conversation,” Cunningham raps.

There is very little of his music available on iTunes or YouTube, and no albums or music turn up on Amazon after plugging in his name. There are a few videos to be found however, one of which you can check out above.

3. Franklin Was Cunningham’s Business Manager When He Was Beginning His Career in Music

Franklin was Cunningham’s business manager when he started out in the music industry. After making millions of dollars on music, Franklin wanted to help her son and grandchildren succeed as well. According to I Love Old School Music, she was helping them all get record deals.

“The “Chain of Fools” singer is making sure that her family follows her chain of command as she takes control of their careers as their business managers,” the publication reports. You see, Aretha has earned millions of bucks through her music, but her family members have yet to add those zeros to their bank accounts. So Aretha’s focus is to see to it that her son, Kecalf Franklin Cunningham, her granddaughter, Victorie (Kecalf’s daughter), and her grandson, Jordan, are successfully working in the music industry soon. She’s hustlin’ hard to get ALL of them record deals and it looks like she won’t let up until her mission is accomplished.” 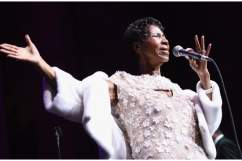 4. Musical Talent Runs in the Family – Cunningham’s Daughter is a Singer & His Brother Plays Guitar

From her roots to her own children, Aretha Franklin is a life and legacy of the melodic miracle of living a life of meaning!! Thank you for encouraging us to have R-E-S-P-E-C-T and empowering us to ROCK STEADY!! LOVE YOU QUEEN #RIL #arethafranklin pic.twitter.com/TXfUcmkY35

He has a daughter named Victorie, who is also a singer and songwriter. She performed a tribute to her Grandmother at the BET Honors ceremony back in 2015, according to I Love Old School Music.

Franklin’s grandson, Jordan, is a music producer, who has produced for new pop artist, Ariana Grande.

Cunningham’s brother Ted is also a musician, and has played backup guitar during several of his mother’s concerts, and his brother Edward has sung with their mother on stage as well.

5. Franklin Encouraged All of Her Children to Pursue Their Dreams & Interests in Music

In a 1995 interview with The Katz Tapes, Franklin spoke about her children and their love of music. “My youngest son, Kecalf is a hip-hopper and a rapper,” she explained. “And my other son, Teddy, plays guitar. He plays in my band and he’s been doing some things lately with some musicians over in London. He sings, too, and he’s looking for his own record deal.”

Franklin said that while Edward and Clarence aren’t as interested in music, she would have them all appear on a family album if they would be open to it. In a 2012 interview with the Today Show, Franklin added that she made sure to prepare them for show business: “I think parents have to really talk to their children before they leave home . . . [so they] leave home prepared, really.” 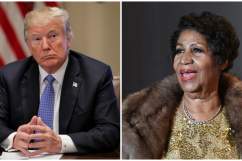 Loading more stories
wpDiscuz
0
0
Would love your thoughts, please comment.x
()
x
| Reply
Kecalf Cunningham, Aretha Franklin's son, is a Christian rapper who has performed on stage with his mother on several occasions.