Former Illinois state representative Nick Sauer has been accused by his ex-girlfriend of creating a fake Instagram account and filling it with nude photos of her, according to Politico. The complaint was filed by ex-girlfriend Kate Kelly with the Office of the Legislative Inspector General and shared with Politico early Wednesday morning.

Though Sauer has yet to respond to the allegations, his House Republican Leader Jim Durkin has confirmed that Sauer will resign from office today at some point. Durkin said, “The allegations that have come forth against Representative Nick Sauer are troubling. He will be resigning from office today. We should allow the proper authorities to conduct their investigations.”

In a resignation letter via The Chicago Tribune, Sauer said, “After speaking with my family, I feel it best to step away from my public responsibilities.” He confirmed that his resignation was “as a result of the allegations” by a “former girlfriend.”

Sauer was a first-term Republican representative looking for re-election, and he met Kelly on Tinder. Here’s what you need to know.

1. Sauer Used Nude Photos of His Girlfriend to Catfish Other Men

According to the complaint filed by Kelly, Sauer created a fake Instagram account and filled it with nude pictures of Kelly to entrap men into having “graphic” discussions.

Kelly said of the Instagram account, “[Sauer used it] to catfish other men using my privately shared naked photos. Nick would use this account to direct message men with my photos to engage in graphic conversations of a sexual nature. The men believed they were communicating with me and Nick shared private details of my life.”

2. Kelly and Sauer Broke Up After Kelly Discovered He Was Dating Other Women

According to Politico, Kelly and Sauer broke up after she left California to be closer with him in Chicago, and found out he was seeing other women. Kelly said, “The man that I loved and honored for over two years unfortunately did not exist. Until I moved to Chicago to be closer to him, he and I would share very private photos with each other, as many couples do.”

Kelly added that they broke up, got back together again, and she added, “I quickly realized things wouldn’t change and we stopped talking again. Then at the end of June, I told him he needed to reimburse me for flights and hotels, etc.,”

3. Sauer Was Running for Re-Election to a Second Term in Office

4. He Is Also a Partner in His Family Business, “Sauer Kitchen Solutions”

In addition to his political obligations, Sauer is a partner in the family business “Sauer Kitchen Solutions.”

In the video above, Sauer said, “I’m involved in a family-run small business, and I understand what so many of us are going through. We’ve had three or four years where we’re really holding on. We haven’t made increases, we haven’t had pay increases, and in a lot of instances…we’ve cut back to the bone.”

5. Sauer Is a Member of the state House Sexual Discrimination and Harassment Task Force

Sauer was a member of Illinois’ House Sexual Discrimination and Harassment Task Force, prior to resigning from office on August 1. Of Sauer’s alleged catfishing of other men to see nude photos of his girlfriend, State Senator Dan McConchie said, “These are very serious allegations and Representative Nick Sauer has made the right decision to resign his seat in the Illinois House of Representatives.” 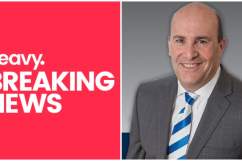