Abraham Williams has been married to Congresswoman Tulsi Gabbard, a Democrat from Hawaii, since 2015. They got to know each other in 2012 when Williams, a cinematographer, was hired to work on Gabbard’s campaign shoots.

Williams provides the videos and photos that are used for Gabbard’s campaigns. He has refrained from publicly commenting on his wife’s political life and has stayed out of the spotlight.

Rep. Gabbard officially launched her presidential campaign on February 2, 2019, during a rally in her home state of Hawaii.

Williams appears to support the decision. He posted a photo on Instagram of his wife with the caption, “Let’s do this! Come one come all! #tulsi2020”

Here’s what you need to know about Rep. Gabbard’s husband.

1. Abraham Williams & Tulsi Gabbard Got to Know Each Other in 2012, But Waited Another Year Before Asking Her on a Date

Home at last! Great day: (1) Plane landed safely (2) ono food at #kailuafarmersmarket (3) playtime in the ocean. So grateful for our #hawaii pic.twitter.com/QSqbaAvP7i

It’s unclear exactly when Abraham Williams and Tulsi Gabbard first met. The congresswoman explained to the New York Times that they had known each other casually for years. They both love to surf, so it’s possible they met through the Hawaii surfing community.

Merry Christmas! Love and aloha to your ohana from ours. pic.twitter.com/Ajp4U4ETZT

They became better friends in 2012. Williams is a cinematographer and volunteered to help shoot Gabbard’s campaign ads when she was running for the U.S. Congress for the first time.

But sparks did not fly for more than a year after that. Gabbard says Williams asked her out on a date while they were attending a mutual friend’s birthday party. 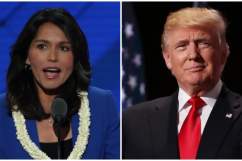 2. Gabbard & Williams Connected Over a Shared Love of Surfing & He Proposed on a Surfboard

Gabbard told the New York Times for their wedding announcement that she and Williams’ had fallen in love “over our mutual love for the ocean and surfing.” They spent a significant amount of time apart because of her work on Capitol Hill. But she explained that while in Hawaii, they couple loved to go on hikes, play sand volleyball and surf as often as possible.

Williams used that shared love of the ocean in his proposal. They went for a surf on the South Shore as the sun was setting. Gabbard explained to the Times, “By the time we got there and were paddling out, the sun was just about to dip under the horizon. He paddled quickly out to the lineup, way ahead of me, and waited as I slowly made my way out. Then he paddled over, pulled out a double-tethered contraption attached to a gold duct-tape-covered flotation device, with a beautiful ring attached, and said, ‘I have a question for you: Will you marry me?'”

The couple tied the knot April 9, 2015 in Kahaluu, Hawaii. A Hindu priest performed the ceremony. Gabbard was 33 at the time and Williams was 26. 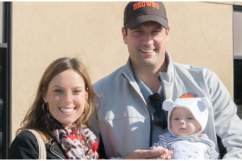 3. Williams’ Mother is the Manager of Gabbard’s District Office in Hawaii

Tulsi Gabbard never had to worry about whether she would get along with her new husband’s family. She was already well acquainted with his mother long before she and Williams began dating. Abraham Williams’ mother, Anya Anthony, runs the show at Gabbard’s district office in Hawaii. She is the manager who, as Gabbard put it, “keeps all the trains running on time.”

The congresswoman explained in a Facebook post in February 2015 that Anthony began working for “Team Tulsi” more than a year before Gabbard and Williams had their first date. Gabbard shared that she had been concerned at first about a conflict of interest, but that “thankfully, the Congressional Ethics Committee told me it’s not an issue since Anya had been hired long before Abraham and I started going out.”

Gabbard praised her future mother-in-law in the post: “She’s a hard worker who has a heart for service, so I’m grateful she decided to stay on the team, even though the rules say I can never give her a raise or a promotion. Plus, you can imagine how bad it would have been to start my marriage off by firing my new mother-in-law!” 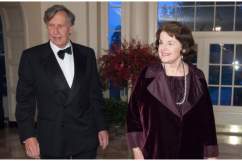 Abraham Williams works as a cinematographer, editor and colorist. He explains his love of film on his professional website.

“I love capturing images of people, their emotions, character, and telling their story. I am fascinated by light, and how it can affect the way an audience feels about the person they’re watching on the screen. Whether it’s warm or cold, harsh or soft, light enables us to effectively portray a person’s feelings, their message and their story through a lens to the viewer. I am excited about producing beautiful, cinematic images through creative camera work and lighting, to tell powerful stories that touch and move the viewer in a special, unique way.”

We got to be reporters for the day! @tulsigabbard hosted a screening of ‘Go For Broke: Origins’ at the #uscapital. She interviewed producer @staceyhayashi, musical savant @jakeshimabukuro and director @abocchieri. It was awesome to see you guys out there!! Photo by @superduperrupa. . . . . #steadicam #cinematography #cinematographer #cameraoperator #tiffen #gpipro #m1 #cameras #lenses #balance #setlife #film #dop #cinema #digital #arrialexa #arrialexamini #filmmaking #filmmaker #Hawai‘i

Williams shoots the videos for his wife’s campaigns and congressional office. According to IMDB, Williams is also credited on several short films. His resume includes the 2018 shorts “Last Taxi Dance,” “Knight Watch,” and the full-length film “The Candle & the Curse.”

Abraham Williams was Tulsi Gabbard’s second trip down the aisle. She was married the first time at age 21. She tied the knot with Eduardo Tamayo in 2002, the same year that she was elected to the Hawaii House of Representatives. At the time, she was the youngest person ever elected to a state legislature.

Gabbard has said previously that her first marriage suffered in part due to the stresses of life in the armed forces. She joined the military in 2004 and served two tours of duties, including a 12-month deployment to Iraq. She and Tamayo got divorced in 2006.

When Gabbard began dating Williams, she kept the relationship out of the spotlight. She didn’t even share his name until shortly before the wedding took place in April 2015. 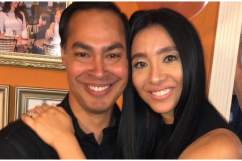