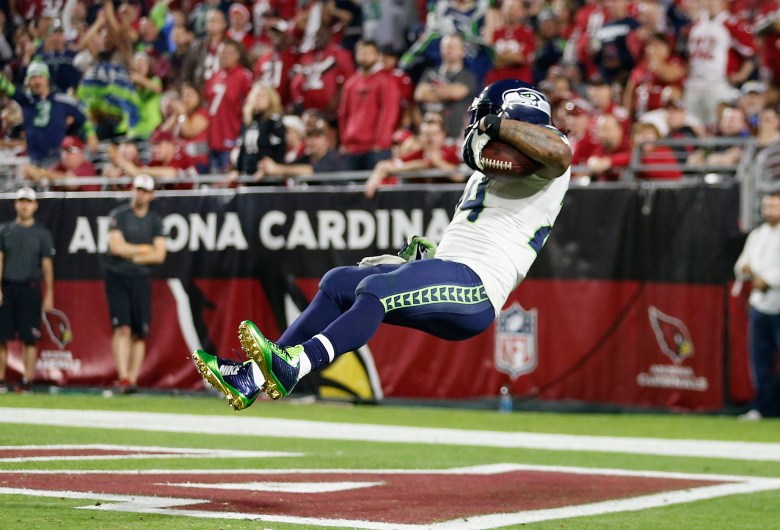 Seahawks running back Marshawn Lynch leaps into the end zone for a score earlier this season vs. Arizona. (Getty)

Talk about a couple of hot teams playing outstanding defense.

The Seahawks are giving up less than 7 points per contest in their current 6-game winning streak. The Panthers have won 5 straight, allowing a shade under 12 ppg.

Saturday at 8:15 p.m. Eastern at Seattle’s CenturyLink Field, one team will keep their winning ways alive and head to the NFC Championship Game. The other goes home.

Play-by-play duties will be handled by Kevin Burkhardt, with John Lynch on color commentary and Pam Oliver on the sidelines.

How to Watch Panthers-Seahawks Online 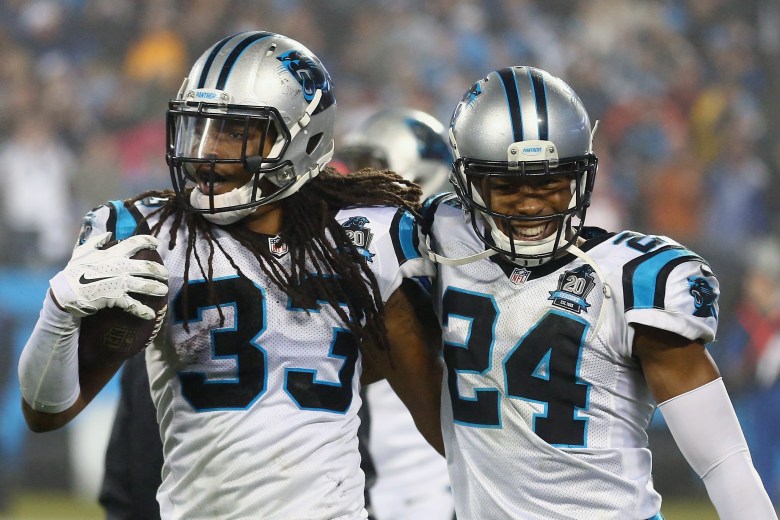 How to Watch Panthers-Seahawks on Mobile 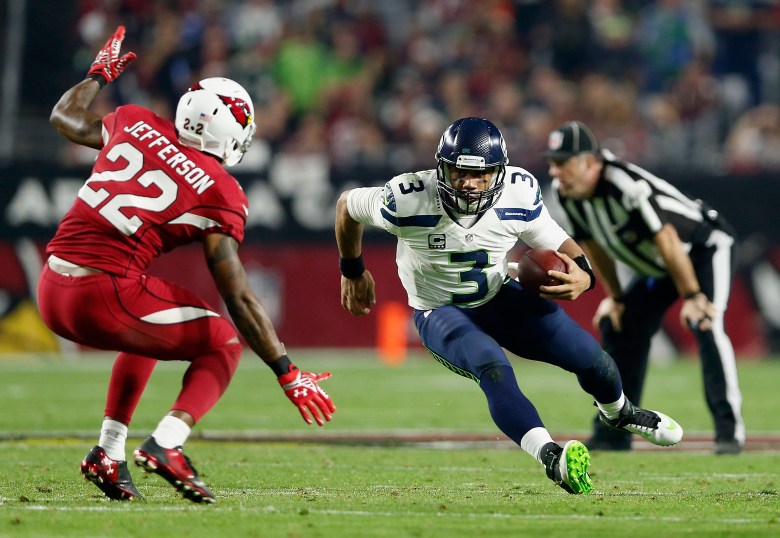