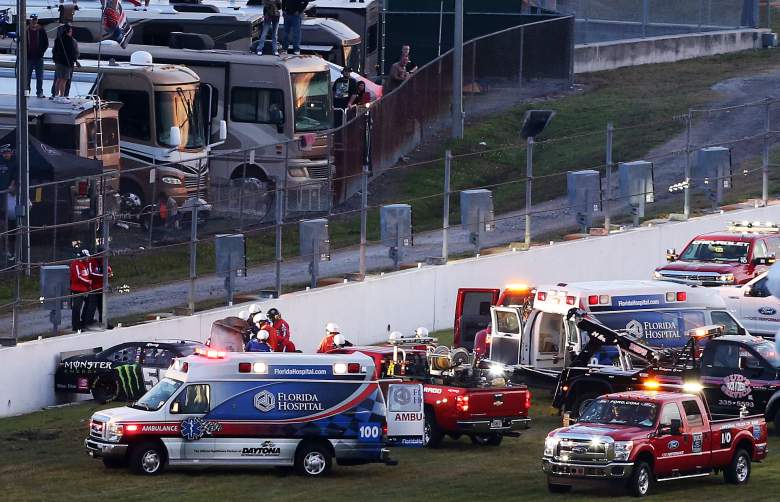 Ambulances are on the scene after Kyle Busch crashed in Saturday’s Xfinity Series race at Daytona International Speedway. (Getty)

Kyle Busch won’t race in Sunday’s Daytona 500 after injuring his right leg in a frightful crash Saturday night during the Xfinity Series race.

Check it out here. Busch is in the No. 54 car that veers left toward the infield and smashes into the wall.

Busch was able to climb out of his car, but was immediately attended to by medical workers. He was taken away on a stretcher.

Busch’s other brother, Kurt Busch, also will not race Sunday after being suspended indefinitely by NASCAR on Friday.