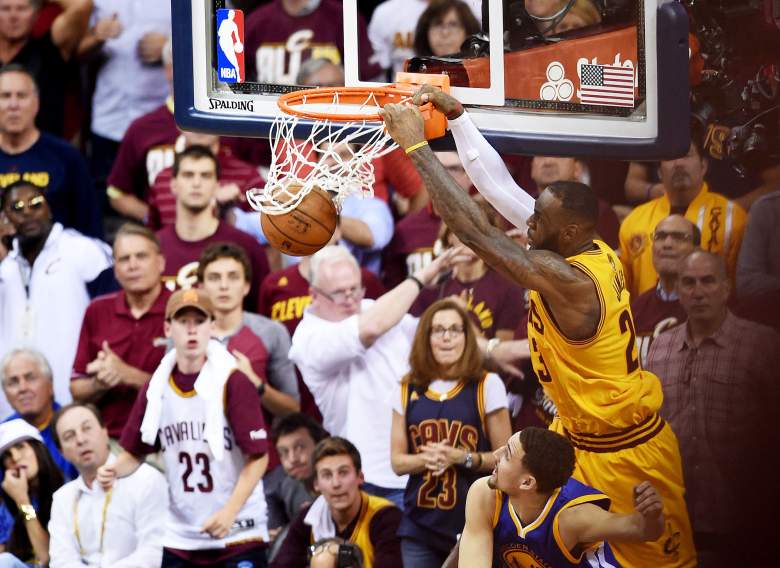 LeBron James finishes off an alley oop for 2 points in Game 3. (Getty)

With another mammoth performance from LeBron James and a second-straight gritty defensive showing, the Cleveland Cavaliers won Game 3 96-91 to take a 2-1 NBA Finals series lead over the Golden State Warriors.

In Tuesday’s Game 3, James had 40 points, 12 rebounds and 8 assists, just coming up short on a second-consecutive triple-double.

Thursday night, the series stays in Cleveland for Game 4. Tip time is scheduled for 9 p.m. Eastern. 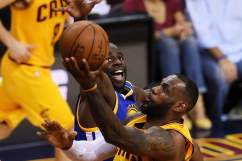