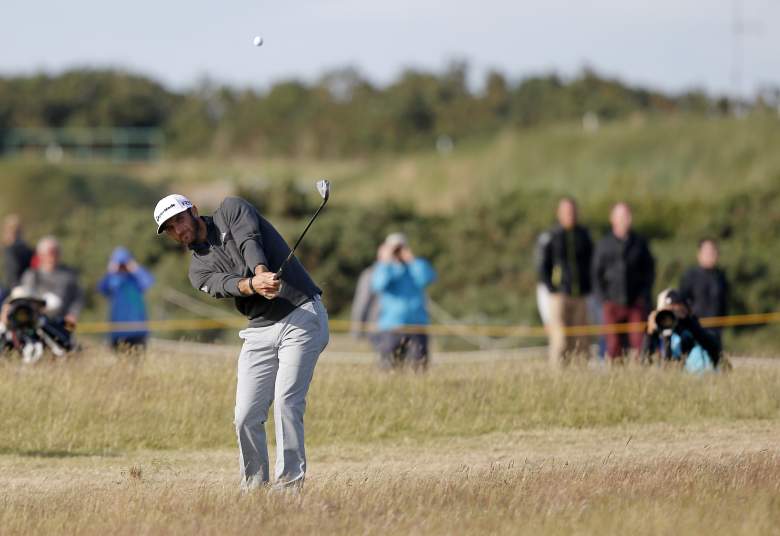 After rain and wind delayed the British Open’s second round, the golfers are set to get back the course.

Barring another delay, the third round will be played Sunday and the fourth and final round on Monday.

Dustin Johnson leads the field at 10-under.

Here is the complete remaining television schedule, which will be handled by ESPN (all times Eastern):

But if you can’t be in front of your TV, there are other ways to watch, including online and on your mobile device.

The TakeAway | DJ stays ahead of the pack, while Watson and Faldo say farewellIn The Takeaway, Kelly Hawkins looks at round 2 of the Open Championship where Rain delays had the guys chasing daylight, Dustin Johnson kept the lead, Tom Watson and Nick Faldo played their final rounds at the Old Course, and round two of the Barbasol Championship wrapped up in Alabama. . SUBSCRIBE to PGA TOUR…2015-07-18T01:20:32Z

Read More
British Open 2015, Golf
The wind-delayed British Open gets back underway Sunday with the third round. Click here to find out all the ways to watch the action.